Eighteen hundred and seventy-two was a leap year. Perhaps it was providential that Dwight’s forefather school was founded that year, as Dwight has often been ahead of the curve with educational innovations that, no doubt, required a “leap of faith” at those moments in time. History has proven that such decisions helped to pave the way for others to follow suit.

Tracing Dwight’s roots reveals that there were actually two ancestor schools that ultimately joined forces to become the Dwight we know today. These schools — The Sachs Collegiate Institute and The New York School of Languages — evolved over time, changed their names, broadened their student bodies, and crisscrossed the East and West Sides of Manhattan before converging in our permanent home at 18 West 89th Street.

Each school, or piece in this mosaic, has its own story to tell. Together, they form our collective history. Join us on a journey down two paths to personalized learning that ran parallel for many years before overlapping. You will be introduced to the key players who shaped our past — leading educators of their day — and to the milestones achieved under their direction. You will also discover some rich details and little-known facts along the way.

The Sachs Collegiate Institute, Circa 1872

Dr. Julius Sachs was the first pioneer in Dwight’s lineage. He founded The Sachs School for Boys and its upper level extension, The Sachs Collegiate Institute, 140 years ago at 32nd Street and Broadway. Later, he opened The Sachs School for Girls in 1891. The Institute made its mark as an elite private school that readied many of its students to attend Harvard at the early age of sixteen.

Dr. Sachs, whose parents were Ger- man immigrants, followed in his father’s footsteps by becoming a teacher. He attended Columbia, received his PhD from Germany’s Rostok University, spoke nine languages, and served as president of numerous national educational asso- ciations. Julius was not the only Sachs to succeed; his brothers also achieved great prominence and launched legacies

that continue to this day. Samuel co-founded Goldman Sachs with his father-in-law, Marcus Goldman; Henry joined the family’s prosperous investment firm as a banker; and Bernard was the distinguished neurologist who identified the genetic disorder named in part for him: Tay-Sachs disease.

Dr. Julius Sachs, who also married a Goldman daughter, was highly respected for his old-world, Teutonic style. He was known for rigid discipline and his corps of teach- ers was equally strict. The Sachs curriculum emphasized the classics, German, and mathematics; and the Institute drew children of many leading New York families. Among those were students of German-Jewish descent with prominent last names such as Lehman, Goldman, Guggenheim, Meyer, Schiff, Sulzberger, and Loeb, after whom many an empire was built. The roster of early alumni who made names for themselves includes: Walter Lippmann, journalist, philosopher, and WWI advisor to President Woodrow Wilson; Percy, Jesse, and Herbert Straus, who inherited R.H. Macy & Co. and transformed it into Macy’s; Henry Morgenthau, Jr., Secretary of the U.S. Treasury and FDR New Deal advisor; Joseph Cullman, Jr., tobacco magnate; Dr. Hans Zissner, leading immunologist, who isolated typhus bacteria and developed a vaccine; Herbert Henry Lehman, who served as Governor of New York State, a U.S. Senator, and a partner in Lehman Brothers; and William Saks and Louis Gimbel, both of leading retailing families, who came together in business to achieve even greater heights.

Following several moves uptown in as many years, The Sachs School for Boys relocated in 1882 to 38 West 59th Street and the girls’ school moved down the block to number 118. Lest we forget, many of the same prominent families named above entrusted their daughters’ education to Dr. Sachs and they, too, went on to attend the fin- est colleges. The girls’ school, however, was ultimately discontinued early in the new century, as the importance of instilling the German Gymnasium culture in daughters was deemed less of a priority.

Dr. Sachs left his beloved Institute in 1904 to become Professor of Secondary Education at Columbia’s Teachers College. The boys’ school continued to thrive and re- located a few more times before finding its final footing at 18 West 89th Street in 1912. Sometime in the eight-year interim — the exact date remains elusive — The Sachs Collegiate Institute changed its name to The Franklin School, after Benjamin Franklin. This was likely undertaken to distance the school from its German roots amid the anti-German climate surrounding WWI; Benjamin Franklin was as American as apple pie. 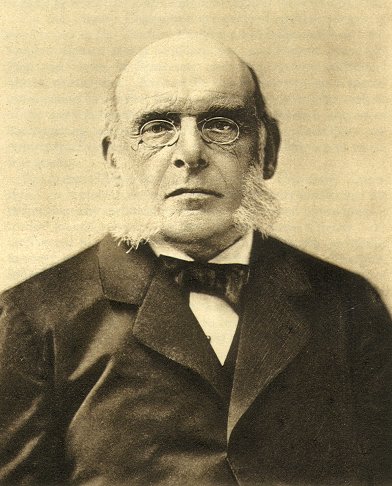