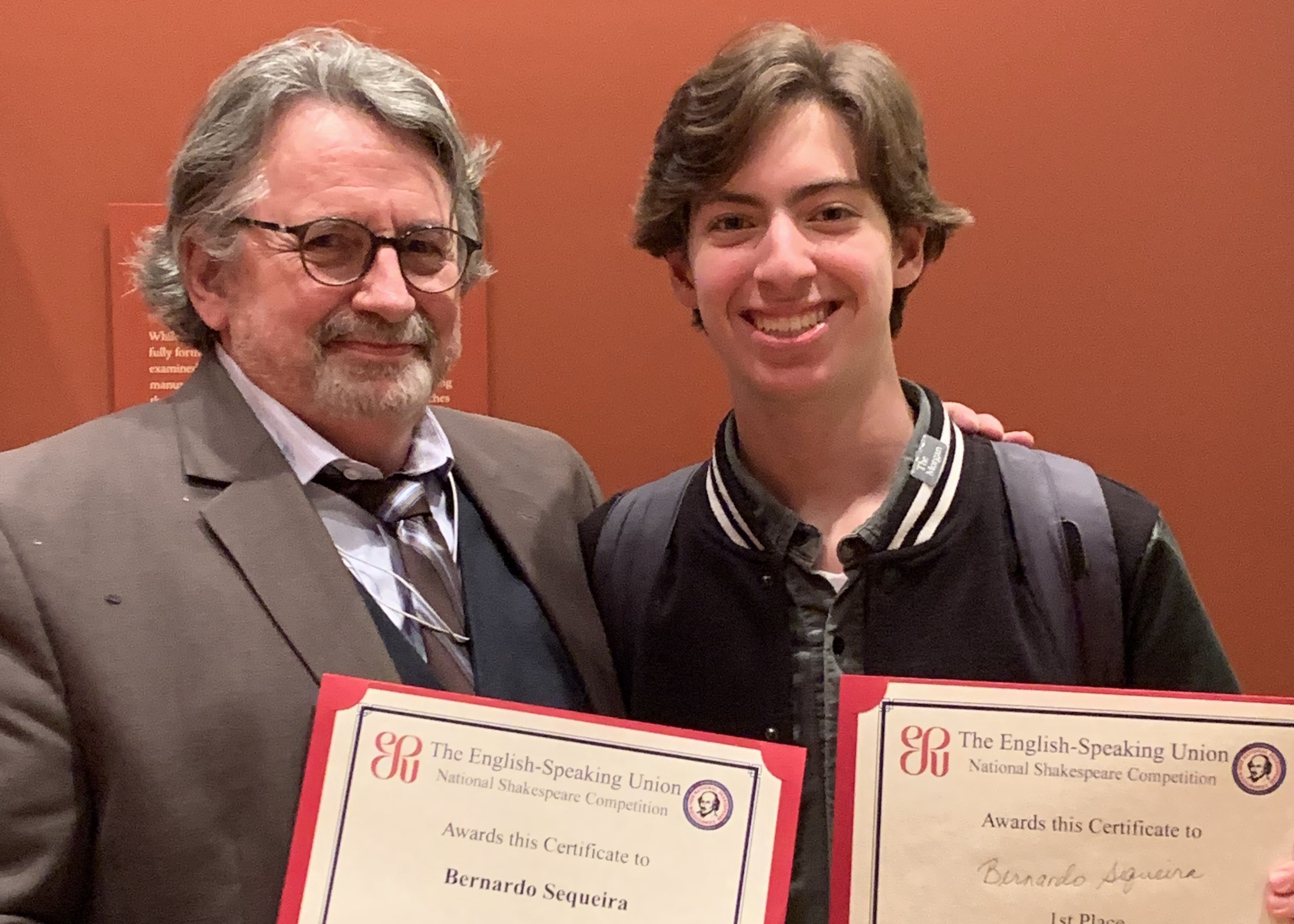 This is an exceptional accomplishment and testament to Bernardo’s talent and skills — and it marks a first for our school — we are so proud of him!

Bernardo’s competition path began on campus when he won both the tenth-grade and all-school championships in our own Shakespeare Monologue match-up for students in grades 9-12. From there, he represented Dwight at the New York City semi-finals held at the headquarters of the English-Speaking Union of the United States, which sponsors the competition. In addition to delivering his Mark Antony monologue from Julius Caesar, Bernardo also had to perform one of Shakespeare’s sonnets, for which he chose Sonnet 140, known for its opening line: "Be wise as thou art cruel ..."

The semi-final round included more than 50 student-performers, who were champions of their own high schools. Bernardo was one of 11 to win at that level, from which he advanced to the final round at the Morgan Library, which he won. Out of thousands of high school performers throughout New York City, Long Island, and Westchester, Bernardo ranked #1! The award included a $500 prize in addition to the honor. 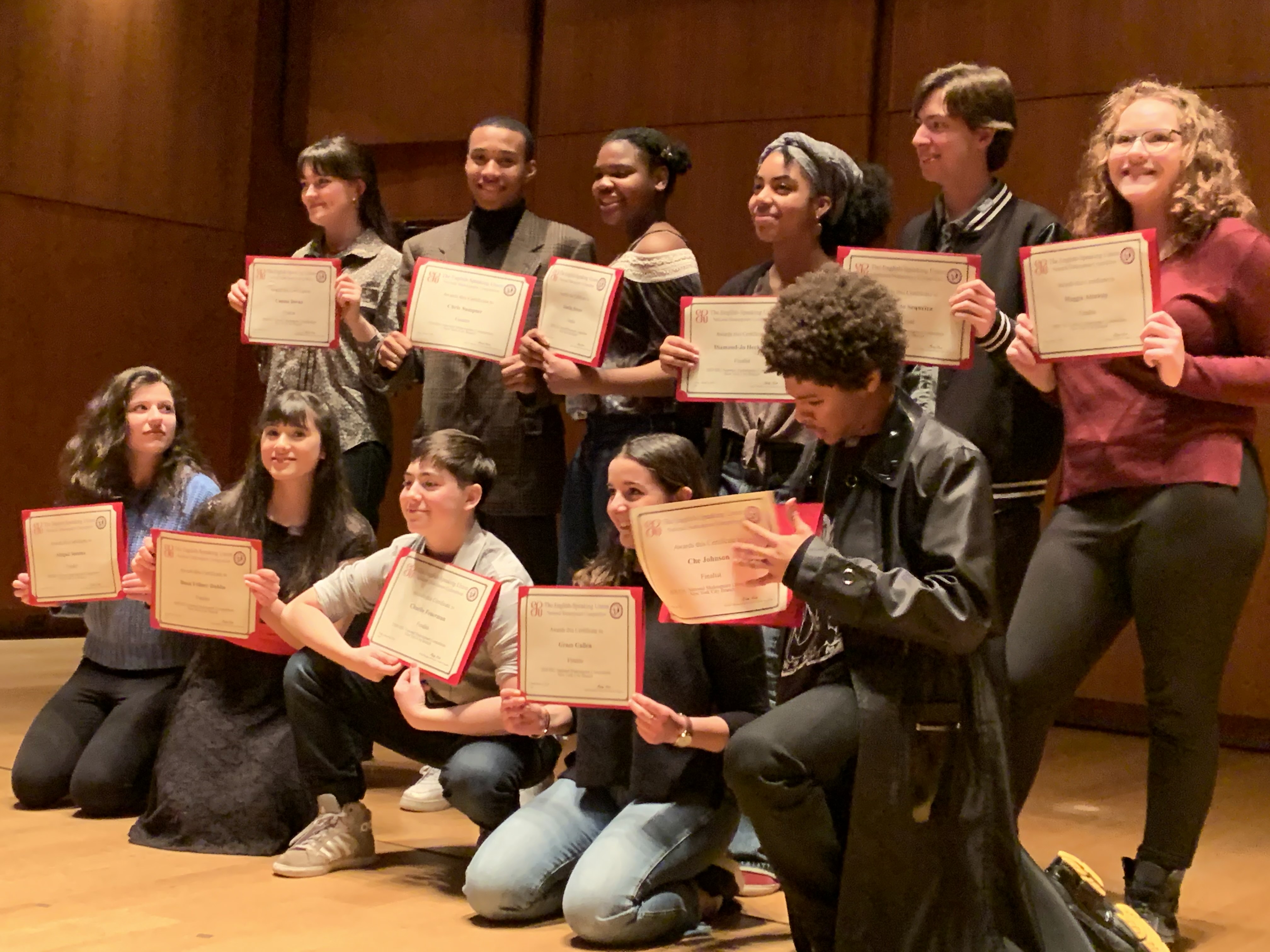 We’re not surprised by his achievement, as Bernardo has shared his impressive theatrical spark of genius with us since joining Dwight in sixth grade. He has appeared in numerous plays and musicals, often with starring roles, sharing his talents for both drama and comedy, as well as his ability to sing and dance. Bernardo also participates in our Master Theater Program for students who have shown drive and want to commit at a more serious level.

Commit he does, as Bernardo, who has devoted much time and energy to hone his craft over the last four years, also invested countless hours to prepare for the semi-final and final rounds. Along the way, he worked with his mentor, Terry Christgau, Head of Upper School Theater Productions and the Master Theater Program.

The National Shakespeare Monologue Competition is a particularly special tradition for us, as it was launched by Dr. Paul Beresford-Hill MBE, when he was Headmaster of the Anglo-American International School, which joined forces with Dwight in 1993. He began the program ten years earlier, which today draws 20,000 students in 60 ESU branches annually, under the auspices of The English-Speaking Union (ESU). Dr. Beresford-Hill has directed the ESU, which is celebrating its 100th anniversary; and has the additional distinction of being Ambassador to the United Nations, as Permanent Observer of the Sovereign Order of Malta.

We congratulate Bernardo on his extraordinary achievement and wish him lion-sized luck as he enters the National final round virtually in April, competing as one of the top 55 student-orators in the country!