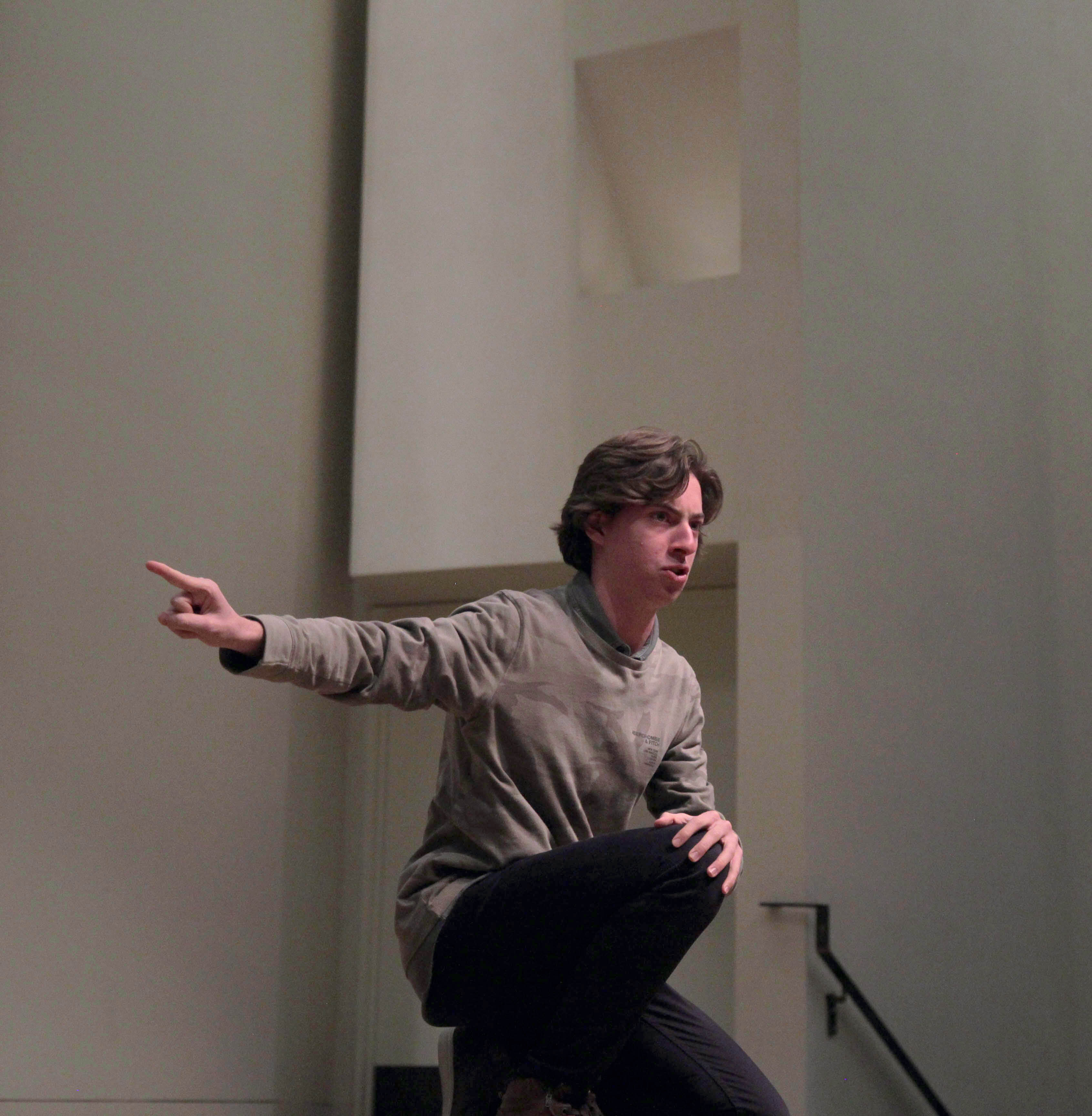 Continuing a long and proud School tradition, a dozen students in grades 9-12 shared their interpretive and acting skills as they performed monologues in the finals of Dwight's 37th annual Shakespeare Competition.

This year’s champion is sophomore Bernardo Sequeira, whose theatrical spark of genius has been shining brightly in plays and musicals since he came to Dwight in sixth grade!

A Bit of History

The Shakespeare oratory match-up holds special significance on campus not only for its longevity, but also because it was launched by Dr. Paul Beresford-Hill MBE, former head of the Anglo-American International School, which joined forces with Dwight in 1993. When he introduced the program in 1983, 500 high school students participated; today, 50 times as many compete across three qualifying levels: school, local community, and national.

Today, Dr. Beresford-Hill is Chairman of the English-Speaking Union, which sponsors the National Shakespeare Competition and is celebrating its Centennial anniversary; and has the additional distinction of being Ambassador to the United Nations, as Permanent Observer of the Sovereign Order of Malta.

Each year, our School’s Shakespeare Competition extends Dr. Beresford-Hill’s legacy, and is a highlight for both the English Department and the audience, who gather for an assembly devoted to seeing the finalists perform monologues of their own choosing.

Our 2020 roster of 12 finalists, who advanced through two preliminary rounds and distinguished themselves from more than 200 other competitors, includes many whose acting sparks of genius are nurtured in our IB and after-school theater programs. Their stage presence, delivery, and capacity to dig deep emotionally into their acting toolboxes — absent of sets and other actors to play against and stripped of costumes, accents, and props — was impressive. They brought sheer skill and intensity.

As Michael Wiesenfeld, Head of the English Department, explained, Shakespeare is one of a small handful of writers whose works can be stripped down to the level where just voice, dramatic movement, and expressions can convey so much, so that competing students rely solely on their own dramatic talent and eloquence.

As it turned out this year, all but one student chose monologues from the Bard’s tragedies. To get to the finals, they worked with both their grade-level English teachers and Kim Guzowski, MYP and DP Theater Teacher, whose own passion for reading, performing, and directing Shakespeare is impressive.

We congratulate all of the finalists whose performances made it hard for the judging team! The winner of each grade level is indicated with an asterisk (*):

Bernardo will continue to sharpen his monologue from Julius Caesar, as he prepares to represent Dwight in the upcoming city-wide round of the Competition, from which he has a chance to advance to the state and national rounds.

Two years ago, Abigail Arader ’18 was Dwight’s first student to advance from the New York City semi-finals to the final round, where she won third place.

Bernardo and Abigail, who had shared the stage in Mainstage Theater productions, now share the distinction of being Dwight Shakespeare champions!

We wish Bernardo good luck as he moves ahead in this prestigious competition!

Click here to see the performances of all of our finalists.