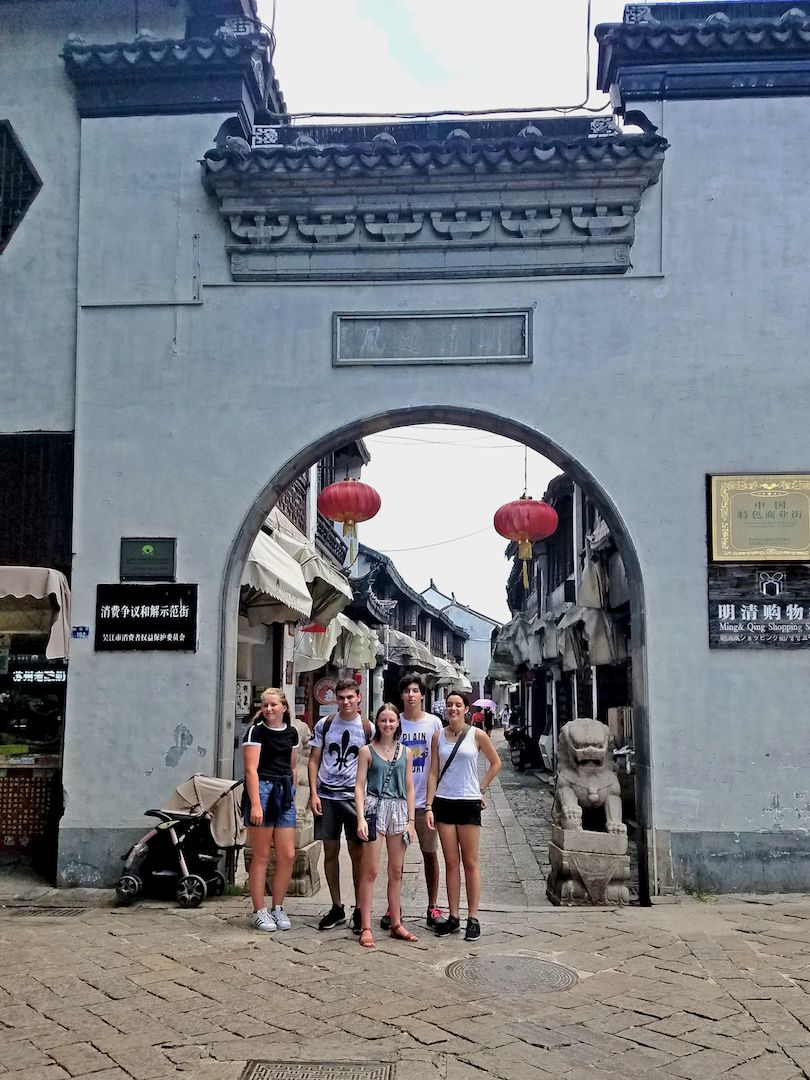 International fellowship was a guiding force for a group of four Dwight New York students and one Dwight Global student as they traveled to Shanghai last month for the 7th Shanghai International Youth Science & Technology Expo.

Among the many presenters, Dwight's team was a standout, winning the Most Popular Exhibition and making headlines in China Daily's Expo coverage! Congrats Lions!

"Not only did we go through a strong teamwork-building experience, but also we were able to meet a lot of different students from different countries!" – Andie Valles Fons '21

International fellowship was a guiding force for a group of four Dwight New York students and one Dwight Global student as they traveled to Shanghai last month for the 7th Shanghai International Youth Science & Technology Expo. Founded in 2005 and held every two years, the Expo hosts teams of students from schools around the world to share original projects in the areas of tech and science and their relation to daily life. This year, 39 teams from 13 countries attended.

Among the many presenters, Dwight's team was a standout, winning the Most Popular Exhibition and making headlines in China Daily's Expo coverage! Congrats Lions!

Our students departed New York accompanied by chaperone Shryll Whittaker, Co-Registrar, arriving in Shanghai a few days before the Expo so they could explore the rich sights and absorb some of the local culture. As they embarked on their sightseeing, students were in the hands of some great tour guides — their peers from Shanghai Qibao Dwight High School! 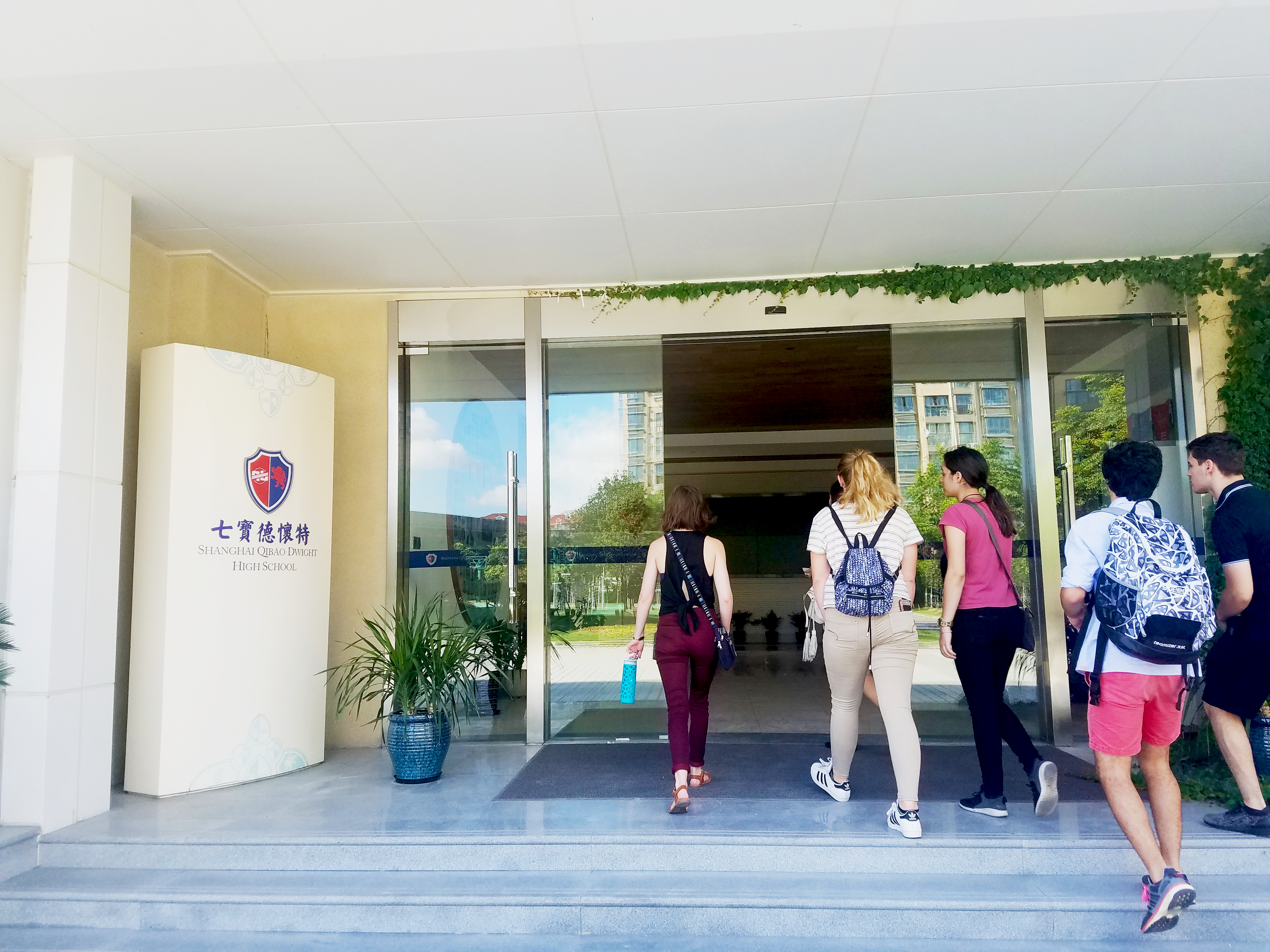 Throughout their first few days, our students found themselves constantly at the intersection between the old and the new. From the 360-degree view of commercial Shanghai offered by the Oriental Pearl Tower to the winding rivers of the UNESCO World Heritage Site of Suzhou, students witnessed the rapid advancement of technology. They even ate at a restaurant where they were served by robots! "Within only a couple of streets, we could see both the old style of living and skyscrapers," Andie observed. 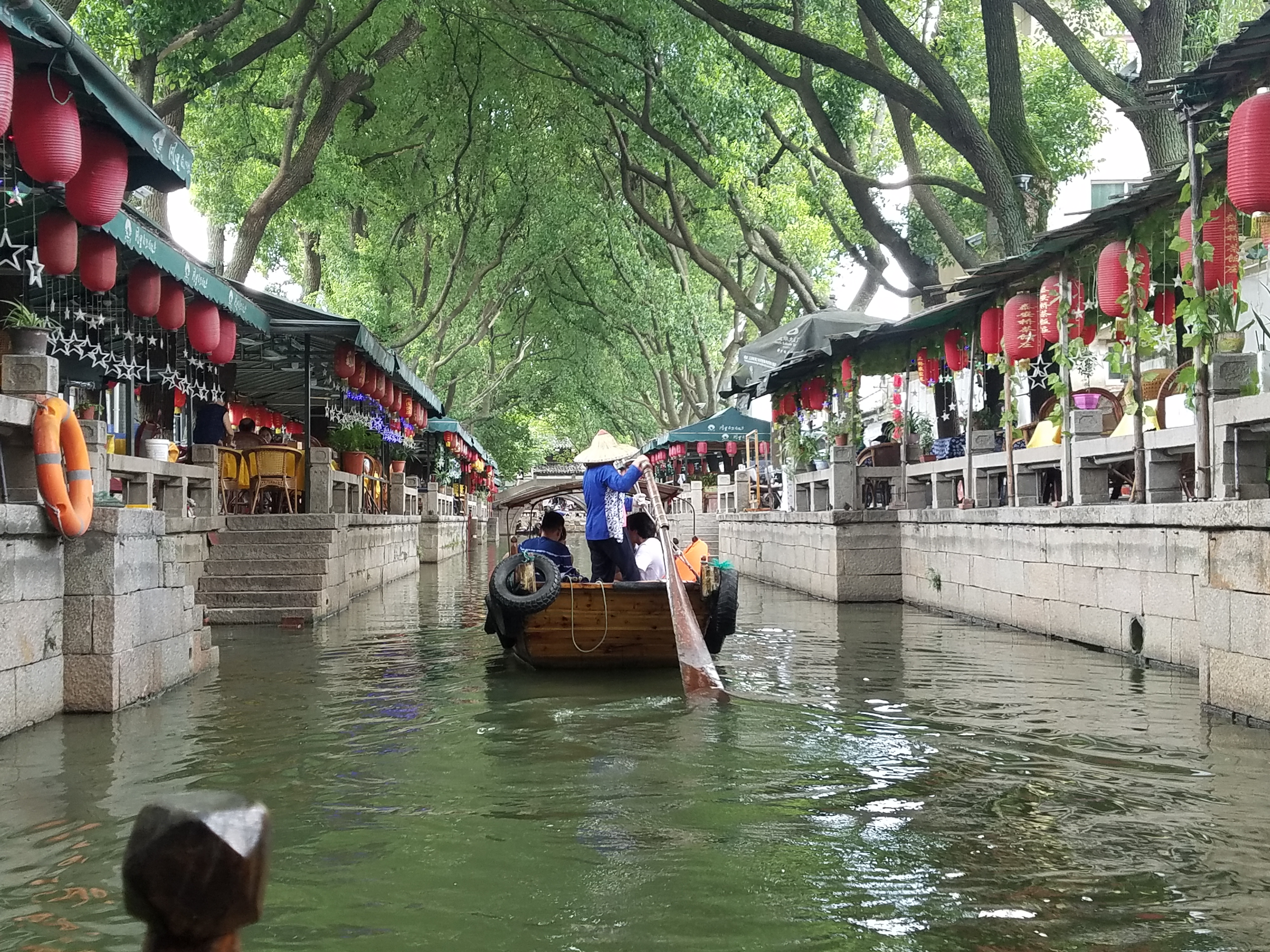 Collaboration Makes for a Winning Project
Upon arrival at the Expo, students assembled their booth and put the finishing touches on a project that they had been working on prior to the trip: "The Prevalence of Microplastics and the Impact They Have on the Environment and Organisms."

Our team participated in a range of Expo events, including a bridge- building competition, in which they were given a set of materials, required specs, and just four hours to build a model bridge! Students also attended a "fellowship party," where they watched various delegations perform cultural songs and dances.

Throughout the Expo's four days, students manned their booth, interacting with the crowd and discussing their project. With all the work they put into their project, the team was excited and proud to present.

"I was thoroughly impressed with our booth," boasts Dwight Global student Ciara Hatch '21. "I knew that we would pull it off, but I didn't think that we would do this well!" Others were also impressed — to their surprise, Ciara and Andie were chosen to represent America in the Expo on national TV! 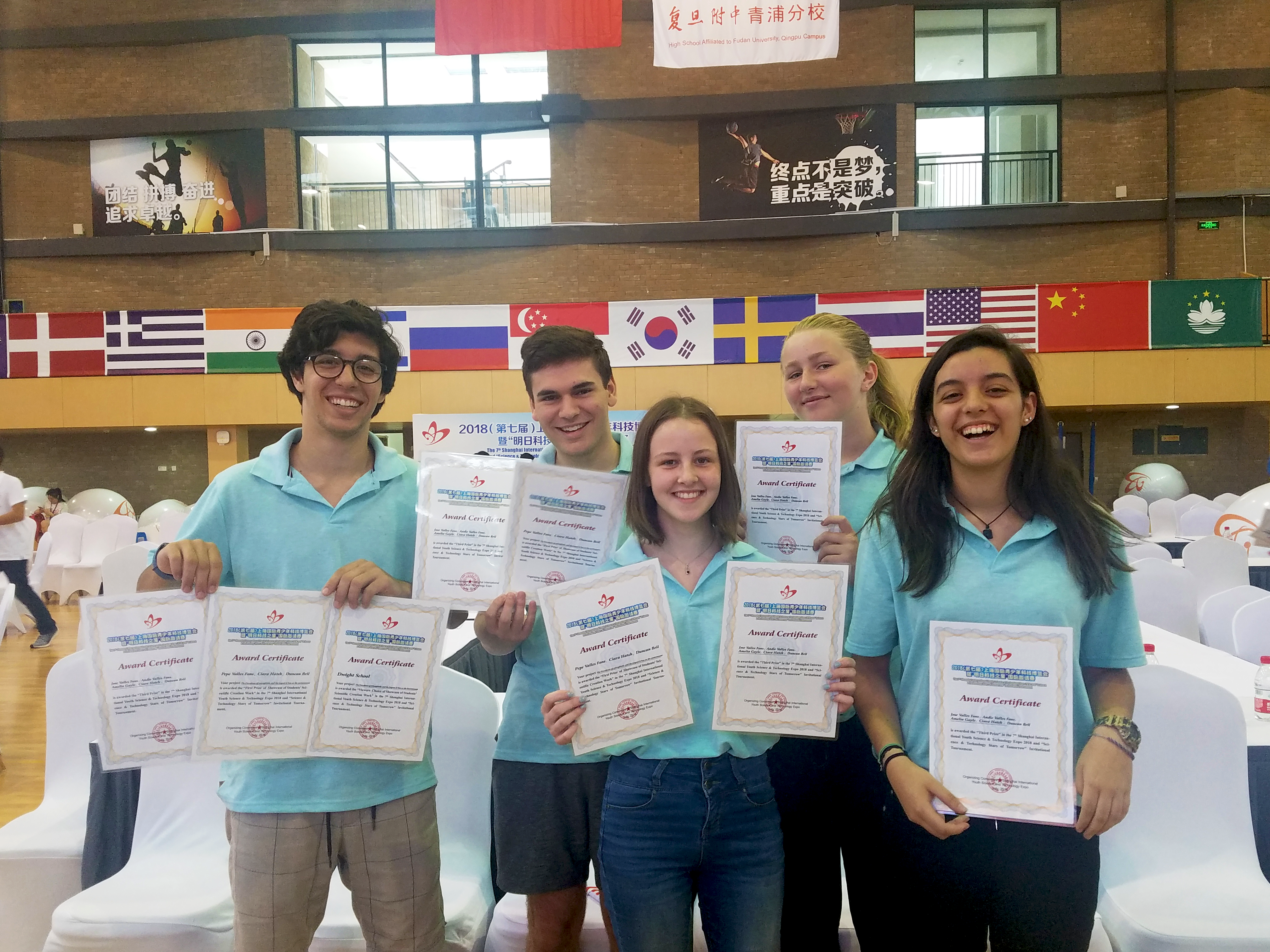 As the Expo wound down with a closing ceremony and the students' time in Shanghai came to an end, Ciara reflected: "We learned what life is like for students our age in China ... It was so amazing to interact with them and to get a glimpse of their life."

This is exactly what we want students to experience through a range of international trips — beginning in our annual fifth grade exchange with Dwight School London — as they become true global citizens.