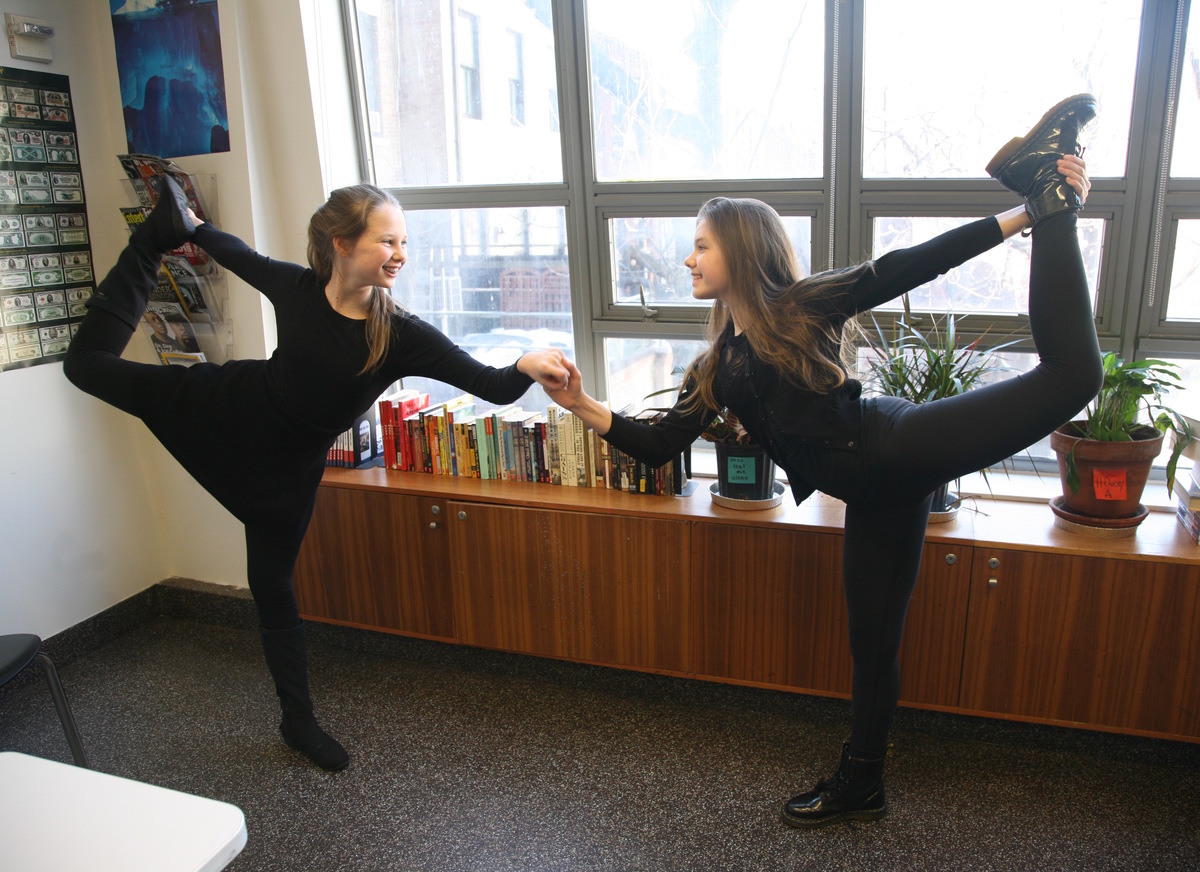 Dancing Duo in the Spotlight at Carnegie Hall in &quot;Music for Dance&quot;
Jan 28 2016

Enter Anna Velichko and Isabelle Dunn stage right! These eighth grade dancers are excited to be performing together in our upcoming annual Carnegie Hall global concert entitled "Music for Dance." They've been rehearsing for weeks in preparation for their dance to accompany the "Flower Duet" from the opera Lakme, which will be sung by seniors Sofia Reidbord and Liu YunFei, together with the Dwight Schools Orchestra and Dwight Schools String Quintet all on the Zankel Stage. It promises to be a beautiful showcase of many talented students.

Anna and Isabelle are two of a corps of student dancers from Dwight in New York on the Upper West Side, London, Seoul, Shanghai, our Open World School, and the ICL Academy for Film and Performing Arts, performing throughout the concert program, including several who are training to be professionals.

Anna draws inspiration by concentrating on the sounds of the opera. "I listen to the music every day — it really helps me remember all the movements." Anna loves dance, but feels that her true spark of genius lies in another performing art — acting. For Isabelle, dance is her spark, but she also enjoys writing in her spare time.

Anna and Isabelle agree that their favorite part of the dance program at Dwight is the variety of styles they are able to explore under the direction of Colleen Durham. "We learn many different types of dance that we wouldn't learn anywhere else," says Isabelle. Anna adds, "For example, last year, we performed a Bollywood number. I never considered taking Bollywood before, but through dancing at Dwight, I have discovered that I actually really enjoy it!"

We're counting down the days to the Carnegie Hall concert on Saturday, February 6, and can't wait to watch Anna and Isabelle shine!