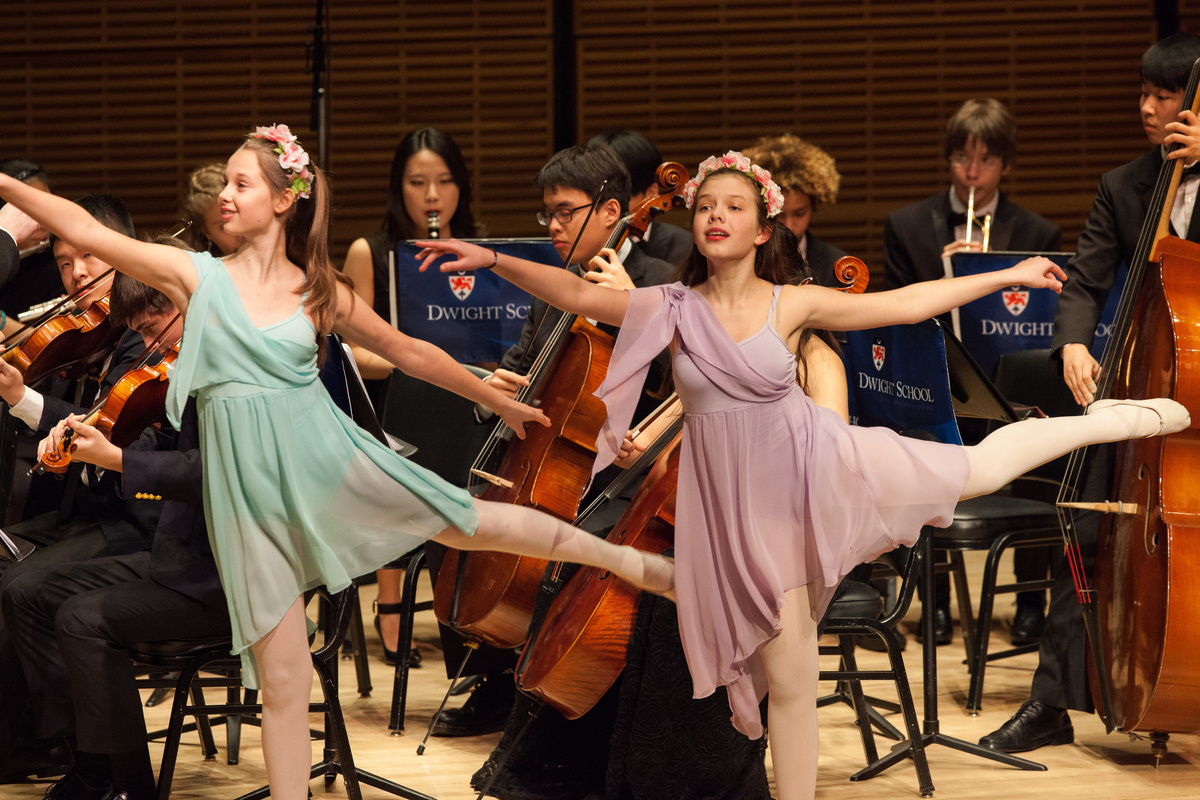 Feet were tapping, hands were clapping, and smiles were a mile wide!

Feet were tapping, hands were clapping, and smiles were a mile wide! And when it was over, the audience was on its feet applauding the 221 Dwight students from around the world who performed on the illustrious Carnegie Hall stage in our 2016 global concert entitled "Music for Dance."

Students traveled to New York for the big event from Dwight campuses in London, Seoul, and Shanghai. They were joined by those participating in our Open World Program and students from the ICL Academy for Film and Performing Arts in Los Angeles, making for the largest number of performers to participate in this Dwight annual event since it began more than a decade ago.

An ambitious program that united the two closest art forms, music and dance, Saturday's cross-campus concert was a stunning success that involved students spanning grades 4-12. Musicians and singers were paired with dancers to perform a wide repertoire, from classical to jazz, and from Chinese traditional folk music to pop. While they had been preparing for months on their own campuses, it was only last week that they all gathered in New York to rehearse together. With the support of their music and dance directors and an amazing amount of talent, the students performed together seamlessly.

It was not all work and no play, when students touched down in New York! They had time to visit some museums, tour the Big Apple, socialize, and forge friendships in between concert preparations.

"This year, our concert brought the Dwight cross-campus collaborative process to life in every way," reports Music Director Alistair Hamilton. "It included music and dance orchestrated, choreographed, and composed by faculty and students from around the world. Students auditioned virtually, and music directors from our international schools shared ideas and cultural traditions the same way, before meeting here in New York to rehearse and perform as one family. This process illustrates the benefits of being part of an active global network of schools that values the arts and provides students with unprecedented opportunities, such as performing together at Carnegie Hall."

While it was hard to say good-bye, students will keep in touch via social media and will meet up again this spring for exchange programs in London (grade 5), Seoul (grade 7), and Shanghai (grade 9). These memorable experiences and connections will last a lifetime.

Check out this video of global students preparing for Carnegie Hall!