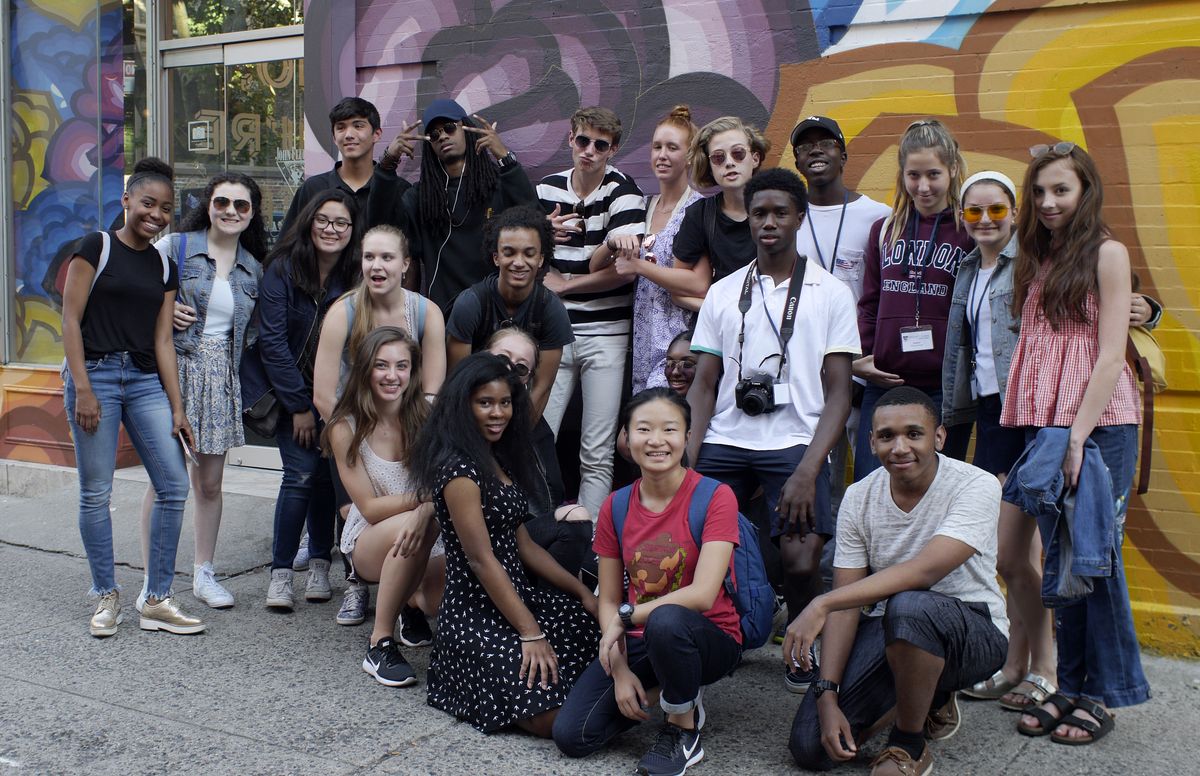 They came to New York from all over ... from across the country and around the world. Why? To meet their teachers, deans, and each other in person at Dwight's New York campus.  Dwight Global's orientation, an in-person experience designed to build community among students who also attend classes online, is just one of many things that set Dwight Global apart from other online schools.

Boy, were they busy! Orientation was chock-full of activities ― academic, cultural, and social ― from the first moment they were welcomed to Dwight's New York campus with a formal convocation by Chancellor Stephen Spahn, to their farewell party at the end of the four-day experience.

The goal of this exciting itinerary? Community. Louisa Childs, Head of School, said, "At Dwight Global, we create meaningful opportunities for students to forge relationships and friendships. This is a critical part of our program. Orientation is just the beginning."

Indeed, the program included several icebreakers for students, starting with an improv class led by Terry Christgau, Director of Dwight's Upper School Theater Program. "I really enjoyed the improv session with Mr. Christgau. I was hesitant to participate, but it was really cool to see everyone come together, especially since a lot of kids (like myself) were new to Dwight and didn't know the other students yet," shares sophomore Sofia, who lives in Virginia. "People forgot about any awkwardness and Mr. Christgau did a really good job of encouraging and helping everyone along when they felt nervous. Plus, when we started doing scenes, I saw that even the people who didn't want to get up and perform were laughing. It was a really good way of being creative and getting to know other students."

The orientation also included a focus on academics and extra-curriculars. A panel of returning Dwight Global students shared their tips for learning online, time management, and other helpful topics with new students. At an activities fair led by Dr. Anthea Lake, Dwight Global's Dean of Student Life, students learned about the wide range of opportunities available beyond the classroom ― another facet that distinguishes Dwight Global, a private online school, from other programs.  Importantly, students also had the opportunity to meet and bond with their teachers in person.

Looking beyond Dwight Global, the orientation also allowed students to start thinking about colleges and universities. One morning included a talk with Jill Ortman, Director of College Counseling, and her team, during which students were walked through Dwight's four-year approach to college admissions.  The discussion was followed by a special visit to New York University arranged by the university's President Emeritus, John Sexton.

Finally, an orientation in New York City would not be complete without seeing the bright lights of Times Square; taking in a show, Stomp!; visiting one of the world's greatest educational institutions ― the Museum of Natural History ― and exploring different neighborhoods. As they walked, talked, and dined their way through Washington Square, Soho, Little Italy, and Chinatown, Dwight Global students connected and kicked off the academic year together!  We look forward to a great year ahead!