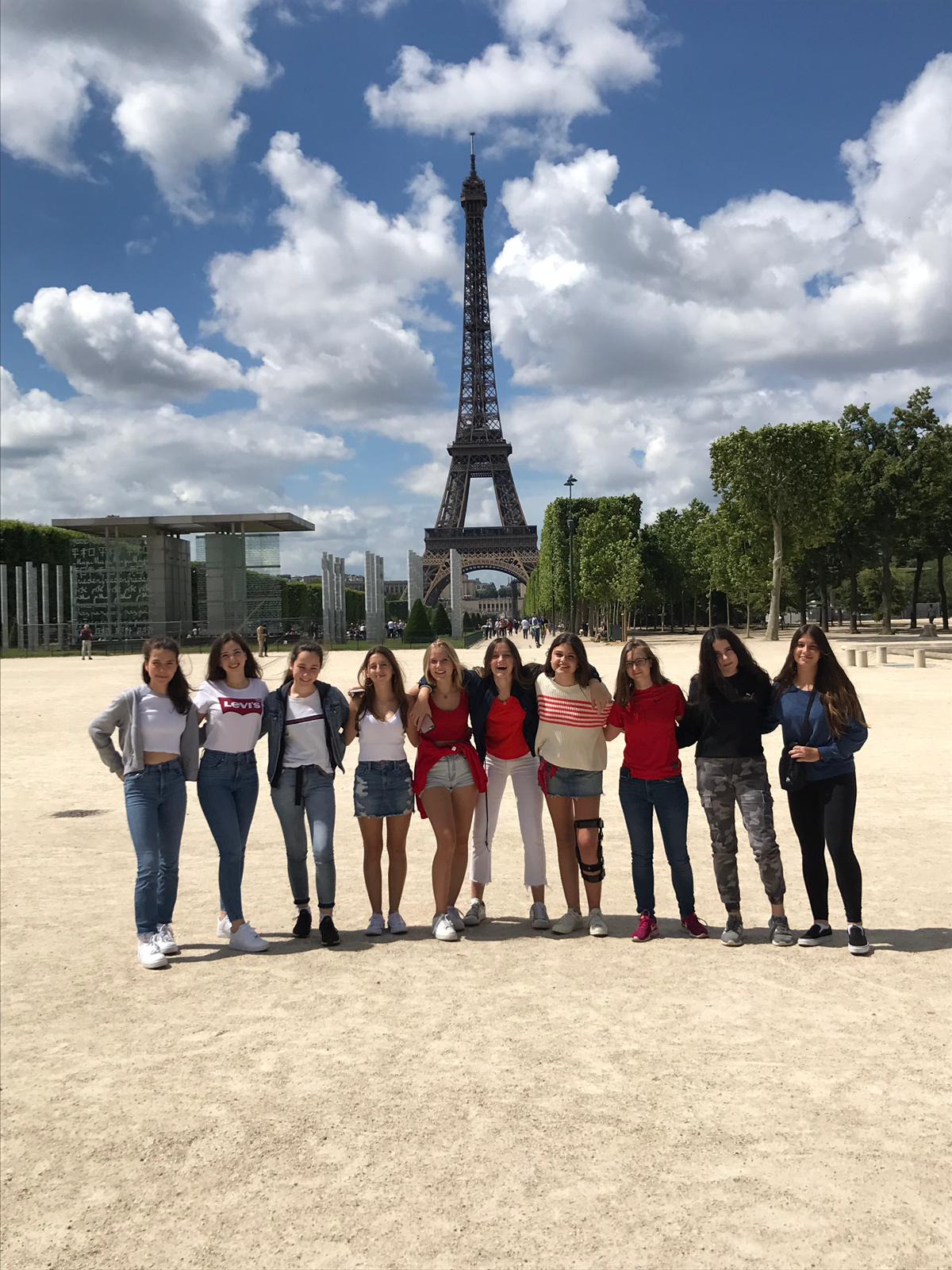 This summer, France has been hosting the eighth FIFA Women’s World Cup — and Dwight Lions!

Our globetrotting Varsity Girls Soccer team traveled to Paris to train and see their sport played on the world stage, with the added benefit of cheering on the U.S. Women’s National Team that has since advanced to the finals! Team USA won the inaugural Women’s World Cup in 1991 and two more thereafter, making our national players the most successful in the competition’s history.

Dwight Lions were in the stands when USA triumphed against Chile and also attended the Scotland-Argentina match-up. Coach Heidi Rubenstein-Brethel, who was unable to travel with the team, shared “coach commentary” about the second battle from the sidelines via WhatsApp:

Heidi Rubenstein, 6/19/19, 5:02 pm
This game is maybe a hard lesson in complacency for Scotland...up 3-0 with 16 min left...Argentina never should have been let in the door at that point...OR a celebration of brilliance & perseverance for Argentina ...I guess it depends on who you were rooting for! 👍🏻😊Either way an amazing football match that’s for sure!!!

The girls also immersed themselves into soccer by gearing up and getting in the game themselves. They continued to practice in the beautiful countryside outside Paris and played two matches against local clubs from Cachan and Bagneaux — both games ended in ties.

Sarah Mattingly, 6/21/19
Our Bagneaux match has turned into quite the town event! Fans on both sides, and the town mayor is here!

The team also traveled just north of Paris to tour the Stâde de France, home of the French national soccer and rugby teams, where they huddled up in the locker room and walked alongside the field in the footsteps of pros! 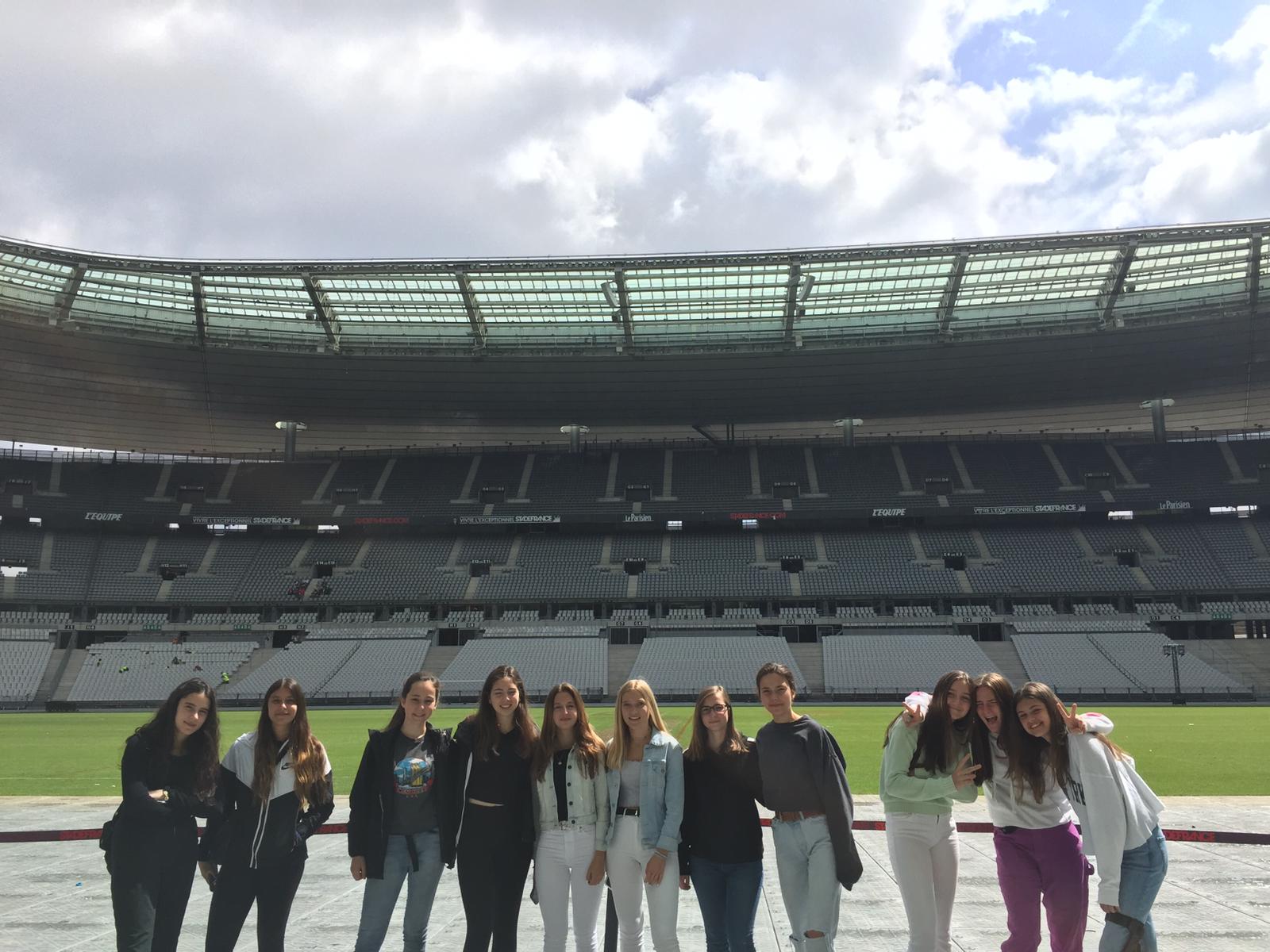 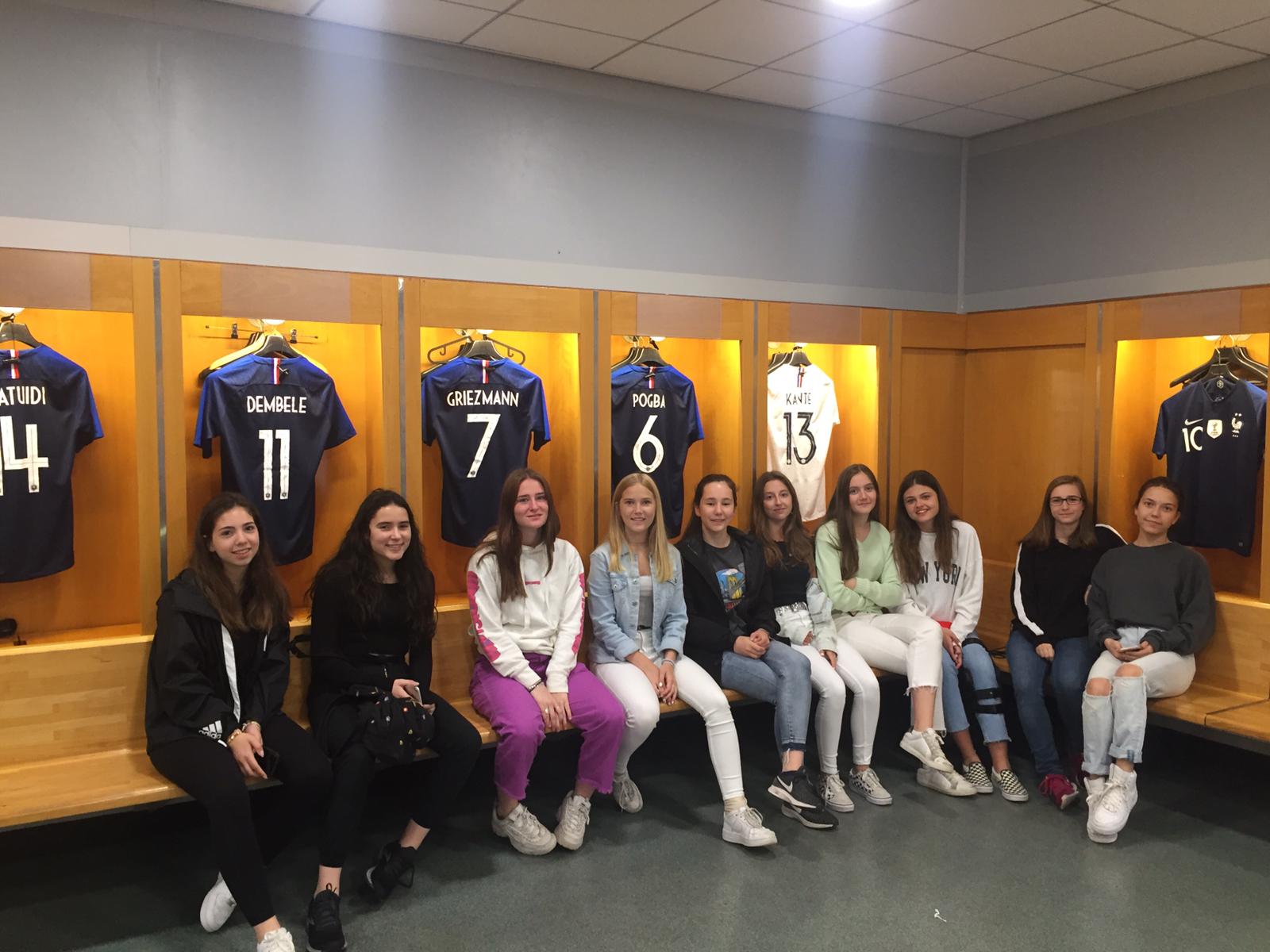 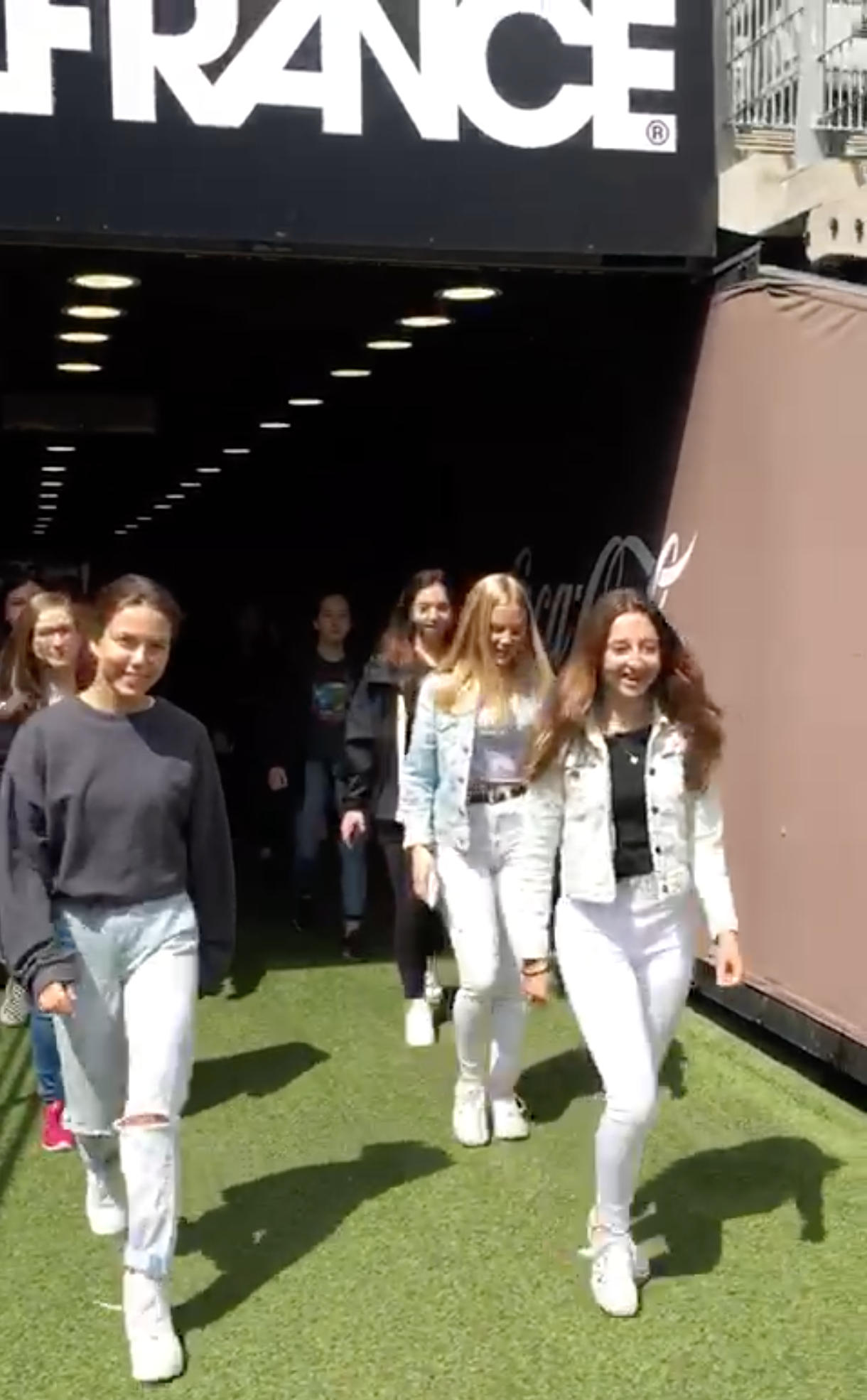 Off the pitch, the girls toured the beautiful and historic sites of the City of Light. They took a boat ride down the Seine river, walked the Champs Elysées and the medieval streets of the Latin Quarter, and ascended the Eiffel Tower for a birds-eye view of Paris. They also visited the Louvre, Tuileries garden, and went farther afield on day trips. The first was to the decadent royal palace of Versailles, and the second was to Bayeaux, the first city liberated in the Battle of Normandy during World War II.

This year marked the 75th anniversary of D-Day and the girls saw where history was made by visiting the American Cemetery, Omaha Beach Memorial, and Les Braves monument in Normandy.

Upon returning home, Gine Grydeland ’21 reflected on the active and educational journey:
“This trip was amazing, as there was a great mix of soccer and experiencing a new culture! One of the things I enjoyed most was getting to play against two different French teams — I gained a new perspective of their connection to soccer and their culture. Additionally, we learned a lot about French history through our visits to Versailles and Omaha Beach in Normandy. I think one of the areas I learned most about was how women’s and men’s soccer are treated differently. For example, female teams don’t play at the Stade de France — the biggest stadium in France — during the Women’s World Cup, while the men’s teams do during their World Cup. Overall, it was a fantastic trip with memories that will last a lifetime!”

Back home, our Lions are cheering for the so-far undefeated Team USA. We all wish our national team bonne chance this Sunday, July 7, as they take on the Netherlands for the trophy!