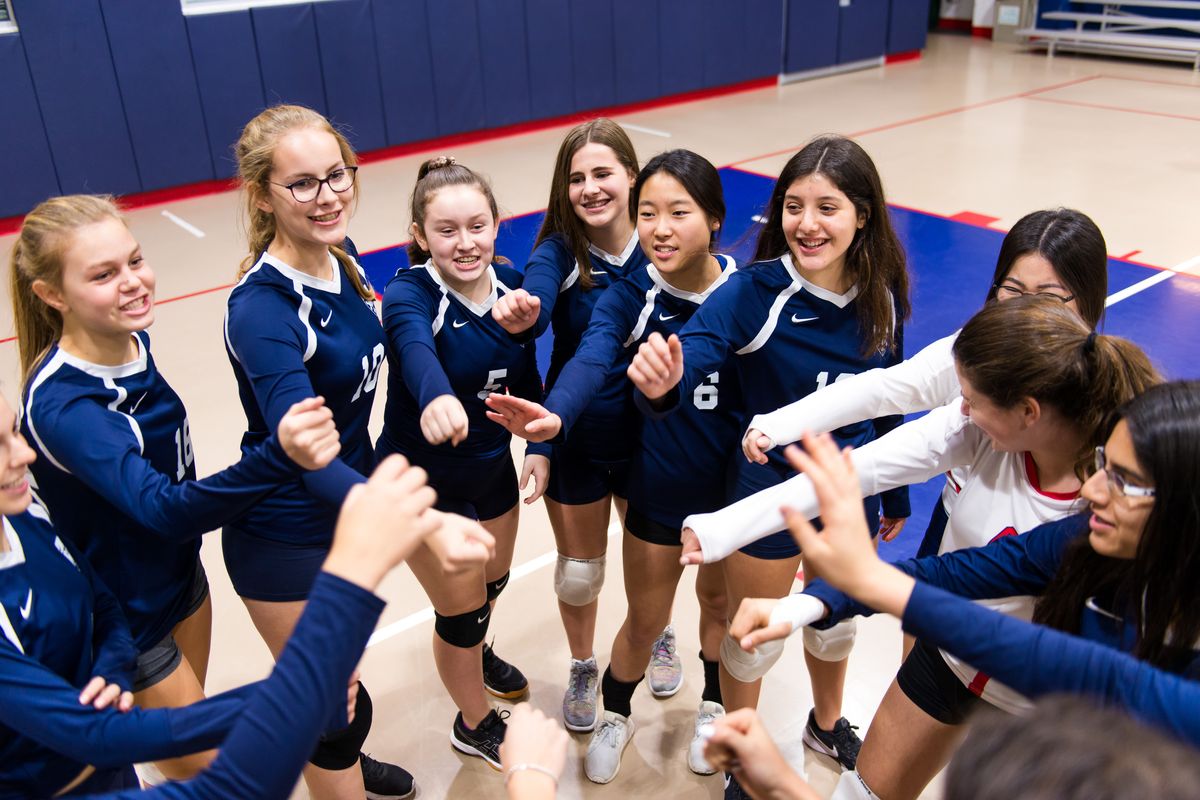 Our scholar-athletes took on the fall season and saw great success along the way — from competitive showings in championships to gold-medal teamwork and personal bests.

Varsity Cross Country
Congratulations to our determined Cross Country team, which took runner-up in both the ACIS and ISAL championship meets! In the ACIS final, Alexander Rich '21 and Alp Alagoz '20 were both all-league place finishers, coming in fifth and sixth, respectively. The team went on to compete in the NYSAIS State tournament, where all ran solid races.

Alexander and Alp set personal goals to break 20 minutes on a course by the season's end — and they did so handily! Here are their personal bests, along with those of their teammates:

Girls Varsity Soccer
A young team packed with rising ninth grade stars and led by three senior captains, the Varsity girls squad entered the ISAL semi-finals with two back-to-back 5-0 wins. Their season ended there, with a loss in a well-fought match, but Coach Heidi Rubenstein-Brethel couldn't be prouder of their fight and their progress throughout the season.

Boys Varsity Soccer
The Varsity team was led by captains Jackson Warfield '19, Marcello Massone '19, and Alex Goldenberg '21. Jackson's season highlights included game-winning goals, goal-line saves, and many inspirational pre- and mid-game speeches rallying his teammates. He finished the year with eight goals and eight assists, leading the team in both categories. Marcello was a defensive force and was often tasked with marking the star player on opposing teams. He served as a great leader, teaching underclassmen the important intricacies of a strong defense. As a sophomore captain, Alex never shied away from his leadership duties. His extreme versatility and knowledge of the game led him to play ALL 11 positions on the field throughout the season. Alex's skills will help support the team next year as fellow sophomores Eloi Le Bourhis '21 and Fernando Castellanos '21, along with four outstanding freshman, make their bid in the ACIS!

Girls Varsity Volleyball
Varsity volleyball had another thrilling season! Manuela Hissnauer '20, Chloe Bouillonnec '20, Apolline Marcel '21, and Mae Klein '19 contributed to the team's offense while Aza Evans-Townsend '20, Maria Teles '22, and Anika Jeyaranjan '19 held down defense with skillful digs and blocks. Newcomer Maddy Callaway '20 had some great kills, and Nina '23 stepped up as the team's primary setter. Amana Bhumitra '20 and Alina Rivera '21 wore multiple hats throughout the season and were essential to the team's success. The team entered the ISAL league playoffs, and while they didn't claim the championship, their efforts were nothing short of fantastic. The team will graduate several seniors this year, who will be greatly missed!

"It was such a pleasure to work with a group of girls who were constantly smiling and laughing, but also striving to win and improve. These dedicated athletes need to keep channeling that positive energy and they will each go on to do great things!" shared coach McMahon.

Middle School Volleyball
The team had a tremendous season, in which every player improved her bump, set, and serving skills! Dominant servers included seventh graders Layla, Lucy, Catriona, and Francine, while others led the team with great passing and setting, including seventh graders Adriana, Amelia, and Emma. This team constantly supported and cheered one another on, making their coaches proud!

Middle School Soccer
Teamwork was the name of the game for the Middle School squad, as they came together to end the season on a positive note. Oliver Bartlett '23 and Jacobo Bustos '23 led the team overall in goals, while Lucas '24 was phenomenal in the net! Max Crola '23 and Jonah Saltzman '23 anchored a much-improved defense and Jonathan '24 and Xuan Stabb '23 led the team from the midfield. Coaches report that they'll miss graduating eighth graders next year, but are looking forward to watching seventh graders take the mantle and lead the team to victory.