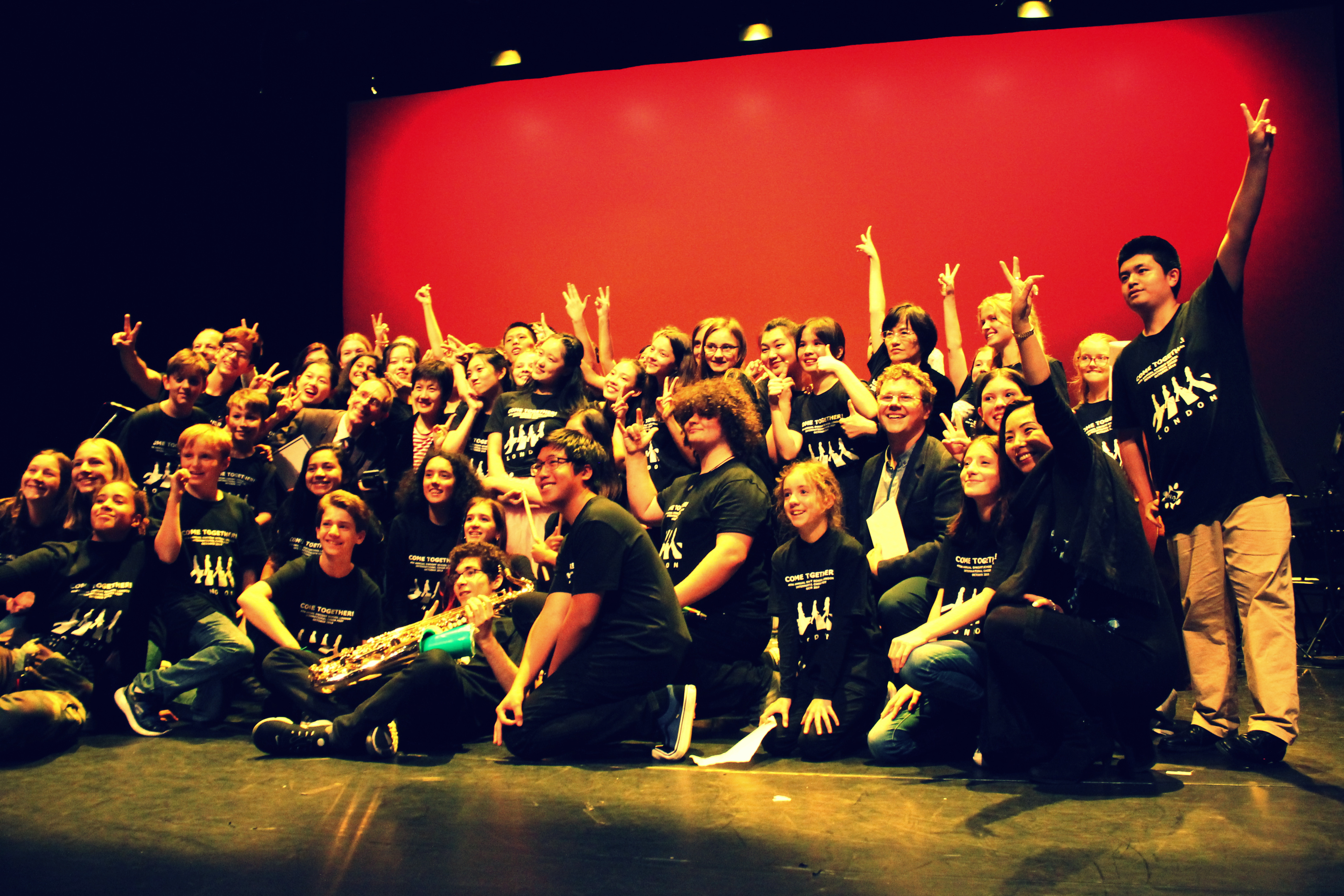 A Beatles-themed concert performed by a family of Dwight students from our schools in New York, London, Seoul, Shanghai, and Dubai was a night to remember!

It was the culmination of a collaborative music program, which in three years, has quickly become a Dwight tradition: the London Choral Extravaganza.

“Our trip to London was so much fun — I loved meeting students from all of Dwight’s campuses. I felt like we really connected throughout the trip!” reflects Rosalie Stein ’24. She, along with seven other students from New York, traveled across the pond to befriend global peers — or to reconnect with old friends made previously on trips and music collaborations, including the Shanghai Music Festival.

Beginning in fifth grade, New York and London students meet and forge friendships in Dwight’s long-standing exchange program, introducing them as “buddies,” through their first overseas experience with classmates. Lilliana Dellin ’24 shares, “I’m so happy that I got to see my old friends from London and get closer to the students in our New York group, too!”

After all the students had flown in from different corners of the globe, they dove into a series of workshops led by London’s Director of Music, Jan Kraft — who has been igniting the spark of music in students at Dwight for nearly ten years — and music faculty from all The Dwight Schools. The workshops were designed to explore choral singing in a wide variety of ensembles, improve students’ vocal technique, and sharpen their sight-reading skills. Students immediately tapped into their learning as they began rigorous rehearsals for the concert. Rosalie shares, “The rehearsals were amazing with Ms. Thomas and all the other voice teachers who made most of this possible. I felt like the songs were fun and happy, and perfect for the mode that we were all feeling!”

Camille Rondot ’24 adds, “Since I participated in the Shanghai Music Festival, many activities were familiar … and many were new! I loved seeing students from the different Dwight campuses around the world and I really liked rehearsing with everybody — we really felt ready for the concert on Friday!”

When their big day came, students took to the stage at the artsdepot, a cultural hub and performance center in North Finchley, where they harmonized and sang their very best. The concert was a smash success and the renditions of Beatles classics known to all brought smiles to the audience, especially during a rousing “Here Comes the Sun.”

After taking well-deserved bows, students celebrated with a lively post-show dance party. The next day, they went sightseeing, which included a scenic lunch cruise on the Thames, and lots of walking before they settled in as audience members of a West End show, Big: The Musical.

As they said their good-byes, students knew that they would be seeing each other — and collaborating — again in just a few months, when our global music festival returns to Carnegie Hall this February!