“The book, To Kill a Mockingbird, is so famous, do you feel any pressure performing the play?” … “What kind of relationship do the actors have with the crew?” …  “Racism is an issue that continues today, how do you tell a story about this important issue set in the 1930s and make it relevant in 2019?”

These are just some of the questions students asked Gbenga Akinnagbe, who plays Tom Robinson in the Broadway production of “To Kill a Mockingbird,” during his visit to Dwight. The eighth-grade class had read the classic and recently saw the play, so they were eager to gain insights from Mr. Akinnagbe.

First-time Broadway actor, Mr. Akinnagbe, is a veteran of off-Broadway, TV, and film. Being part of this ground-breaking production was an exciting prospect for him and he shared some of what makes this adaptation by Emmy- and Oscar-winner Aaron Sorkin so compelling.

“Aaron and the director workshopped the production with us, the actors, behind the scenes for a year prior to opening,” Mr. Akinnagbe reported. “We spent a lot of time together and with our characters, so the process of playing Tom became very organic for me.”

He continued, “We didn’t want to perform the book as it is on stage. Aaron, who is a great playwright, wanted to bring new life to the characters.” Originally drawn by Harper Lee in 1960, these characters, including Atticus Finch, based on her own father, harkened back to the 1930s — the era of Ms. Lee’s childhood in the deep South.

“Among the changes were making Atticus more real and complicated, and to make those around Atticus capable of challenging him, which means that they were also fleshed out more,” explains Mr. Akinnagbe. “The black characters, including Tom and Calpurnia, the Finch’s housekeeper, were broadened and given fuller lives, providing them with greater agency and empathy, and more relevance.”

“This is just as important a story to tell today as it was 60 years ago,” Mr. Akinnagbe concluded. “My fellow cast members and everyone involved are so fortunate to share this experience. We have created a special bond that we will carry for many years to come.”

Mr. Akinnagbe’s visit, which was inspiring for all, was extra-special for students in Dwight’s Middle School popular theater program — future actors, directors, and playwrights among them! 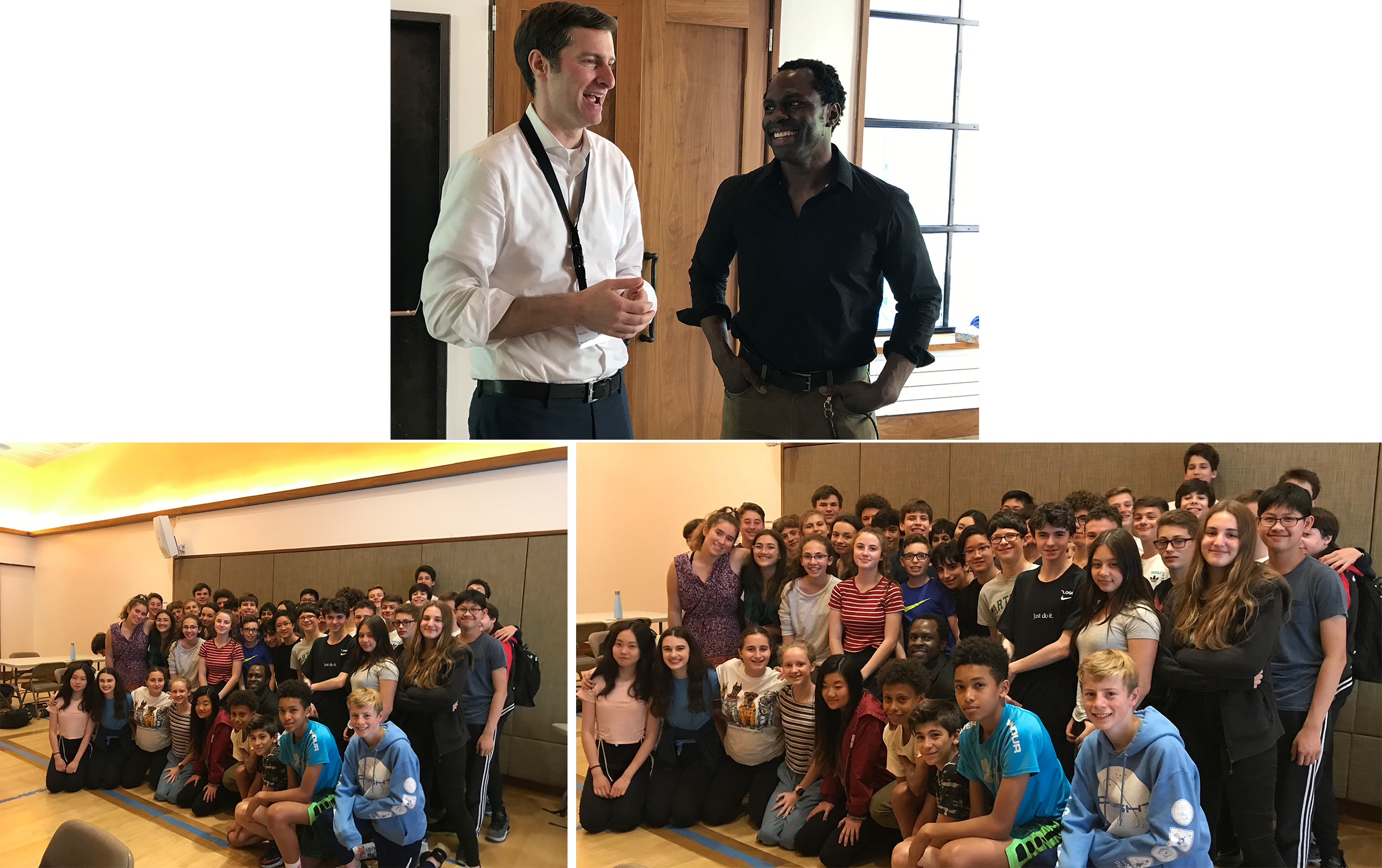