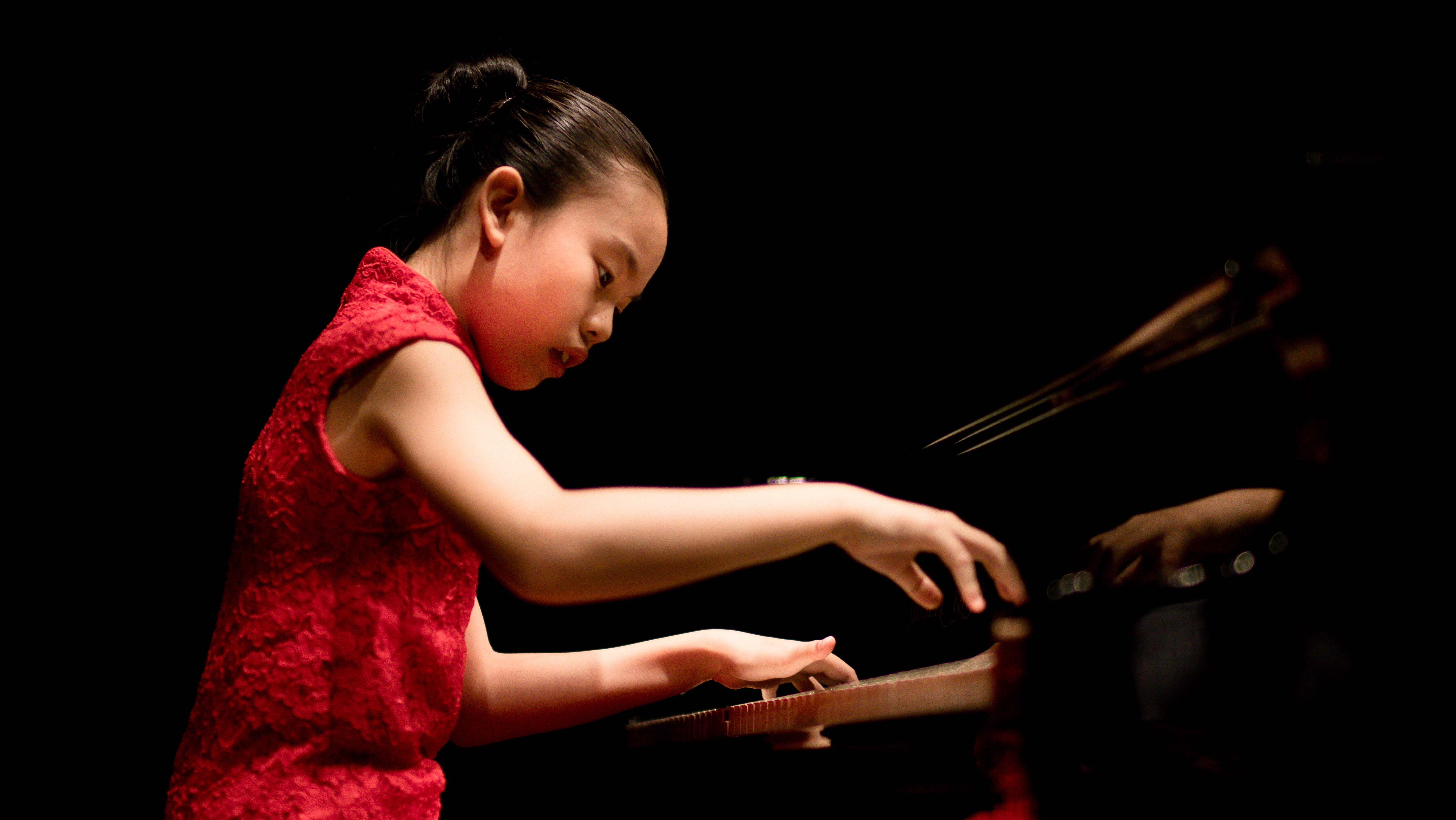 Fifth-grader Suzie is Lighting up Juilliard with Her Musical Spark of Genius!
Jun 12 2019

Suzie is beginning summer break on a high note as the winner of the Juilliard Pre-College Division’s 2019 Bachauer Scholarship Competition!

This accomplishment is the latest in what is becoming a long line of top-tier recognitions for the young pianist who is now 12.

When Suzie’s mother, who had always wanted to play piano, bought their first piano and began tinkling some random notes and chords, Suzie — at the age of just four and sitting in the next room — could identify them! She has a rare aural perception known as perfect pitch.

Suzie began performing solo recitals at eight, and moved with her family to New York in 2017 to enroll in Juilliard’s prestigious program for young musicians. There, she took second place in the 2018 Juilliard Concerto Competition (grades 4-8), and followed with a first in the 2018 America Princeton Steinway Youth Piano Competition.

This year, Suzie, who practices three hours daily after school and more than double that on weekends, worked for 13 days to prepare for the Bachauer Competition once she learned she would be participating. When the jury announced her name, Suzie beams, “I felt really proud of myself and happy that I had made my parents and teachers proud of me, too! I thank them for their support.”

When playing piano, Suzie shares, she feels a range of emotions that the music evokes, and enjoys when the audience feels those emotions as well. “My love of music brought me to New York, to Juilliard, and to Dwight,” Suzie says. “Dwight is really important for me because it has opened up a world of opportunities and possibilities to explore everyone's passions and sparks of genius.”

Suzie was the youngest to perform in our international music festival in Shanghai this year, an experience she relished, as she made new friends with older students from New York and other campuses — and was able to share her knowledge of Mandarin.

“I am thankful to everyone at Dwight and appreciate the wonderful performance opportunities we have, where I can share my spark of genius and also make Dwight proud to have me as a student,” Suzie says.

Indeed, we are, as Suzie has boundless enthusiasm, is committed to academics, and exhibits exceptional qualities as a concert pianist. This summer, she’s headed to the Aspen Music Festival, where she will take master classes … and, yes, participate in even more competitions!

When school resumes next fall, Suzie will make the leap to Middle School, where she looks forward to meeting new people and new teachers, and to taking a new language: French.

Naturally, it is through the universal language of music that Suzie communicates most eloquently!