Igniting the Spark of Exploration in Grade Three!
Mar 12 2020

With our third grade’s annual Exploration Expo — the culminating event in their study of the IB unit of inquiry "Where We Are in Place and Time" — in the works, and their recent visit to The Explorers Club, students have been sharing the spirit of discovery!

Third Graders recently visited The Explorers Club on a field trip that was a little extra-special, as one student, Maika, is a veteran explorer! She, along with her twin brother, Olivier, and their parents were part of a Young Explorers Club team that went to the North Pole in 2018. This was the youngest scientific expedition to the North Pole, which made news headlines before and after they embarked on a journey to the top of the world!

Two years later, this exciting expedition was back on the radar when Scholastic News published an article about it for elementary school children, along with worksheets for teachers to deepen learning. Before their field trip to The Explorers Club, third graders read the article below and used the worksheets, serving as a great starting point to venture cross-town to discover what the Club is all about: Founded in 1904 by polar explorers, the Club has been “dedicated to the advancement of field research and the ideal that it is vital to preserve the instinct to explore” ever since. 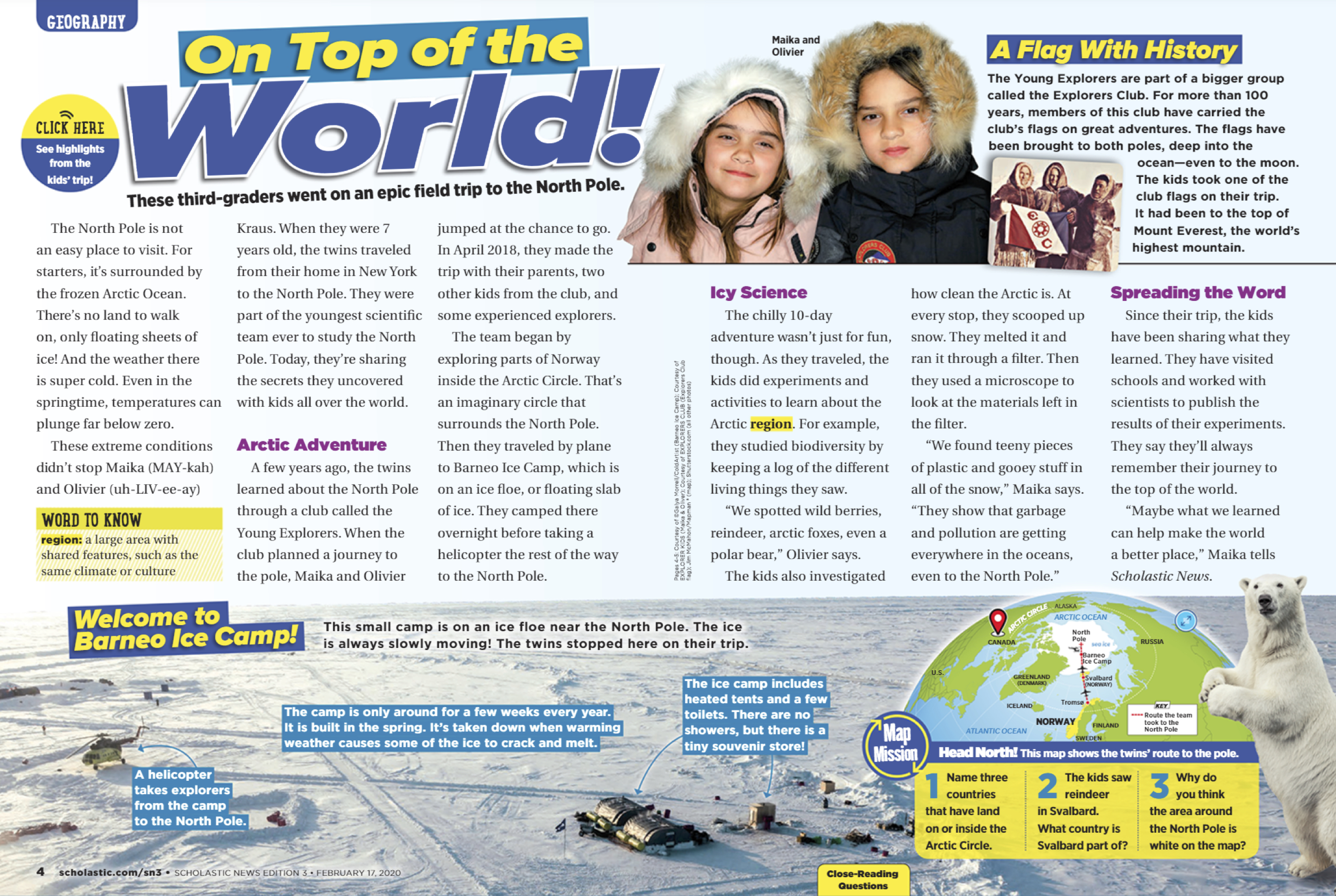 During their visit, students covered lots of ground and heard from experts about so many things related to exploring the earth, oceans, and outer space! They met with a cartographer and heard about map-making; learned about taxidermy and how it helps in the study of animals; and looked at paintings that inspired the Museum of Natural History’s habitat exhibits, as well as photos of icebergs as they discussed global warming.

Perhaps most exciting of all was meeting avid explorer and astronaut Richard Garriott. A founding father of the commercial spaceflight industry, he has traveled around the globe — from the jungles of the Amazon to the South Pole, and from the deep seas of the Titanic to orbiting the earth aboard the International Space Station — so naturally, students had lots of questions to ask Mr. Garriott!

It was an exciting day of hands-on learning for all our Lion explorers!