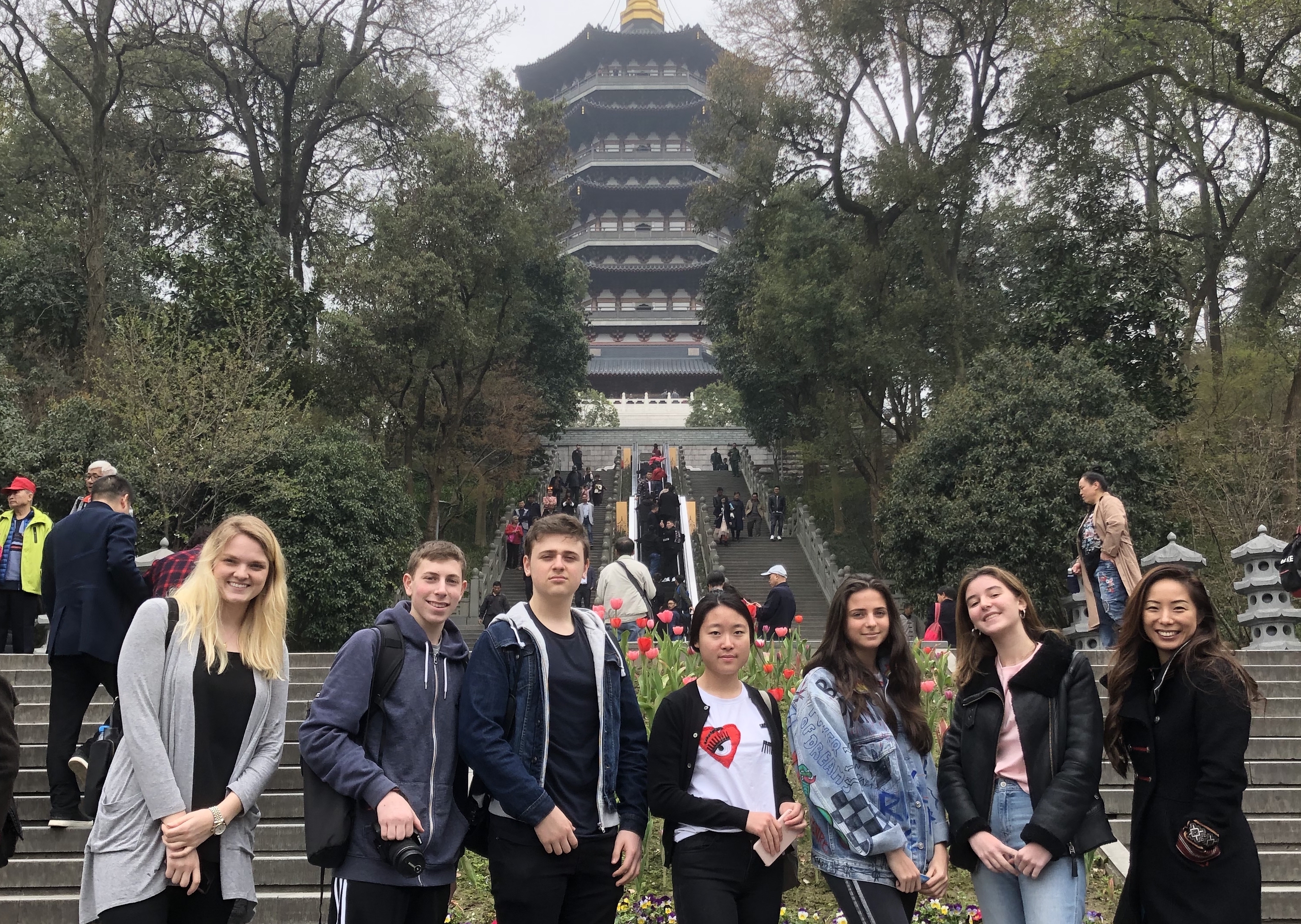 “Shanghai is one of the most astounding cities in the world, and I’m so grateful I was able to explore China with my classmates. I’ve created such a special bond with each and every one of them — they are not only my but my 2019 Shanghai family, too!” – Jennifer Park ’22

Jennifer and fellow ninth graders took a transformative journey to Shanghai during spring break, forging connections with each other and with peers at Shanghai Qibao Dwight High School to last a lifetime. They also added another stamp on their passports as future global leaders!

Students began their week-long immersive experience into the culture right away upon landing. They took a night-time tour of the glorious city, which is China’s largest, and one of the world’s leading global hubs. The juxtaposition of colonial-era buildings on one side of the Huangpu River and a super-modern skyline on the other side is striking, especially when lit up beautifully at night.

The city is also home to Shanghai Qibao Dwight High School, which opened in 2014 as the first independent Chinese-foreign collaborative high school approved by the Ministry of Education in China. This pioneering development ushered in a new model of education, combining the best of Eastern and Western traditions.

New York students spent two days on campus of the boarding school, stepping into the shoes of their Chinese cohorts, attending classes and assemblies, and participating in a range of activities.

“I thought that the school was very interesting to visit,” wrote Jake Silber in his reflection. “It gave me an idea of what Chinese school is like!” Noting differences in how their days are structured, our ninth graders observed that they share much more in common with Shanghai students as teenagers and as proud Dwight lions!

When not on campus, our New York crew was on the go sightseeing in the Puxi and Pudong districts, and the Former French Concession area known as the Luwan district. They took a speed train to Hangzhou to visit the Leifeng Pagoda, Ling Yin Temple, and Green Tree Plantation, which Eric Gayner describes as “a cool experience — it was great to see modern Shanghai and the more ancient part of China.”

With museums, marketplaces, and even Disneyland to explore, students took in all that Shanghai has to offer. Through kung fu and cooking classes, they also learned more about Chinese traditions and cuisine.

“Coming on this trip was the highlight of my year! I have learned so much about a new culture and I was able to see how different people act in different parts of the world,” reports Sonya Pesselev. “I also really enjoyed Hangzhou, taking a boat ride, seeing the original pagoda, and trying soup dumplings for the first time! … It was eye-opening.”

“Eye-opening” is, indeed, a perfect description for the many international experiences Dwight provides to students beginning in fifth grade, when they take their first steps abroad to visit Dwight School London. By ninth grade, they’re ready to go farther for this exchange in Shanghai, where our annual global cross-campus music festival was held for the first time in February.

Upon returning home from any trip — domestic or international — Dwight students have a broader worldview. They also share great memories and are forever enriched by the people and places they encountered.

Sonya sums it up well in her reflection: “Going on this trip was the best decision ever — I learned, tried, and experienced new and interesting things. This was definitely a once-in-a-lifetime opportunity that I am so thankful to have experienced!”