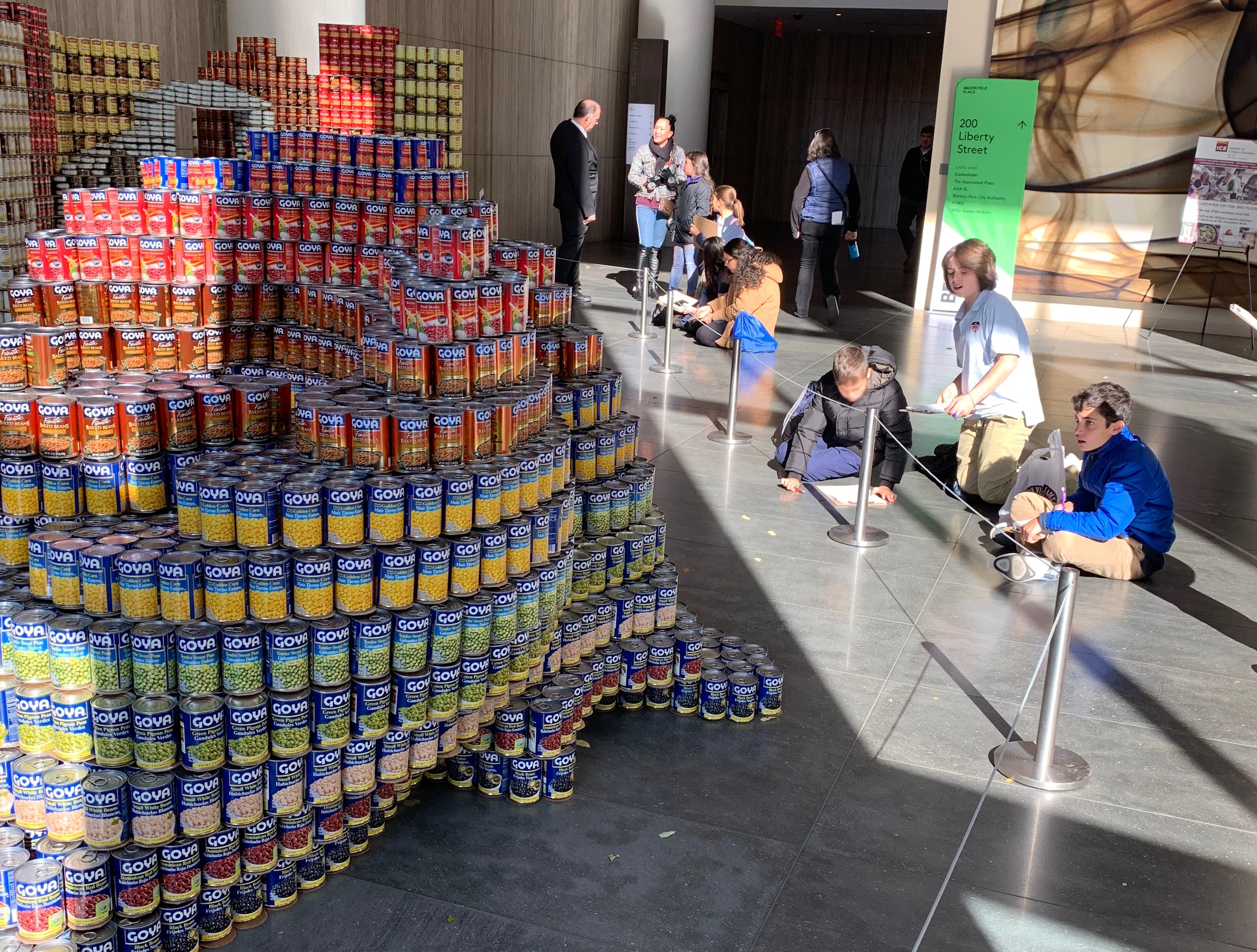 Prior to a gratitude-filled Thanksgiving, our seventh graders took a field trip downtown to see sculptures made entirely of unopened cans of food at the 27th Annual Canstruction NYC Exhibition.

This design competition, held in cities around the world, challenges teams of architects and engineers to build can-structures to raise awareness of hunger and global food insecurity. Following each event, the structures are deconstructed and their contents are donated to City Harvest and local food banks for distribution to people in need.

While taking in the large-scale sculptures displayed at Brookfield Place — containing an astonishing total of 65,000 pounds of food — students conducted some on-the-spot estimations of their volume and surface areas, learned how widespread food insecurity is, and drew inspiration for their own Junior Canstruction competition!

Back in the classroom, using 3-D modeling software, students designed their own structures, conducted mathematical analyses of their works, and voted on the best design to represent their grade. With so many great designs to choose from, the seventh grade selected two!

Students quickly got to work to build them using cans donated to our PA Thanksgiving Food Drive for display at our Fall Visual Arts Exhibition. Entitled “The Mario Bros. CAN Do It,” made of 92 cans; and “Empire CAN Building,” with 62 cans, these sculptures took their place alongside student works across all media — and sparked lots of conversation, just as they were designed to do!

Students described their inspiration and intent behind each of their can-structures as follows:

“The Mario Bros. CAN Do It” 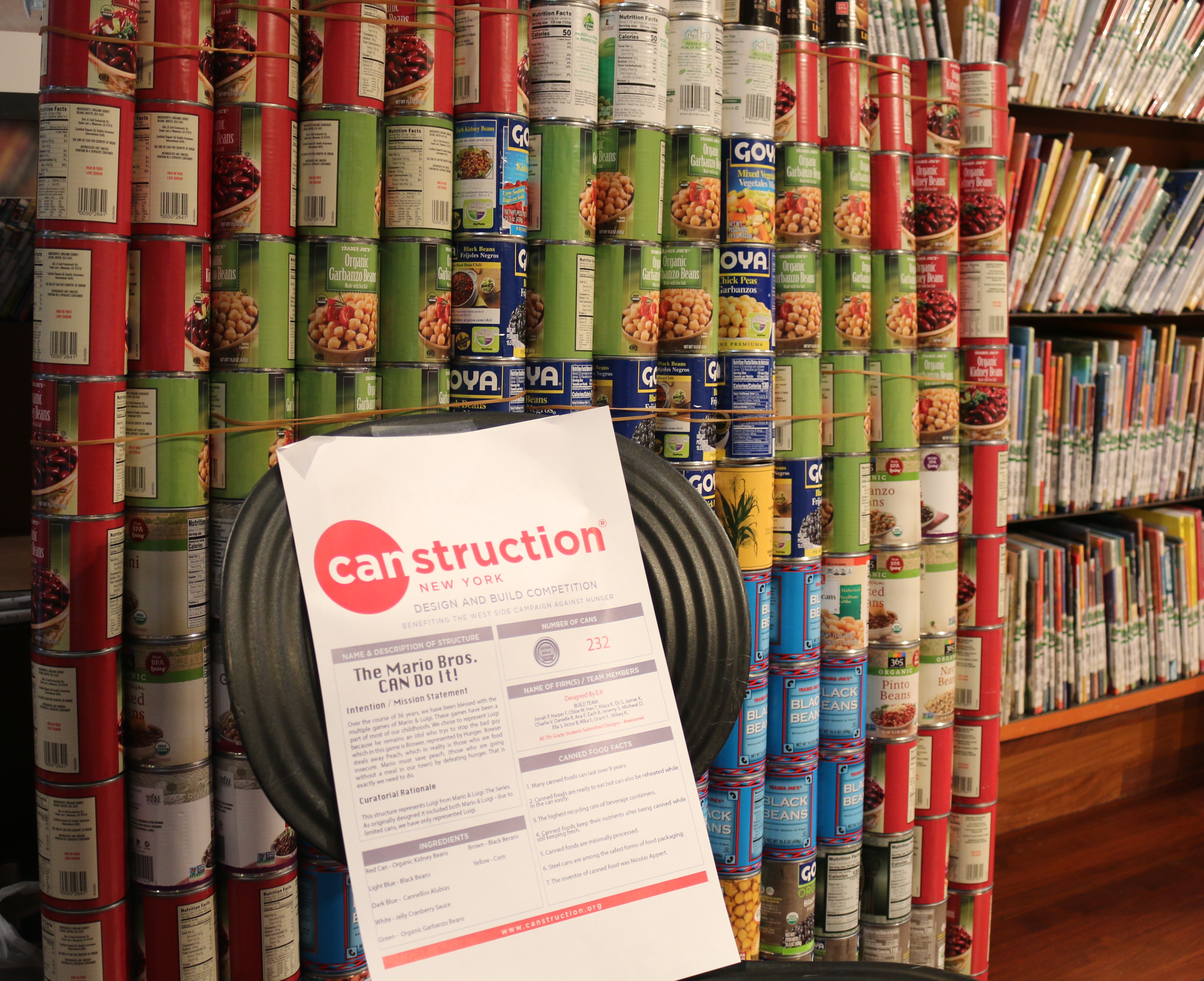 Over the course of 36 years, we have been blessed with the multiple games of Mario and Luigi. These games have been a part of most of our childhoods.

We chose to represent Luigi because he remains an idol who tries to stop the bad guy, which in this game is Bowser, represented by hunger.

Bowser steals away Peach, which is those who are food insecure. Mario must save Peach by defeating hunger. That is exactly what we need to do. 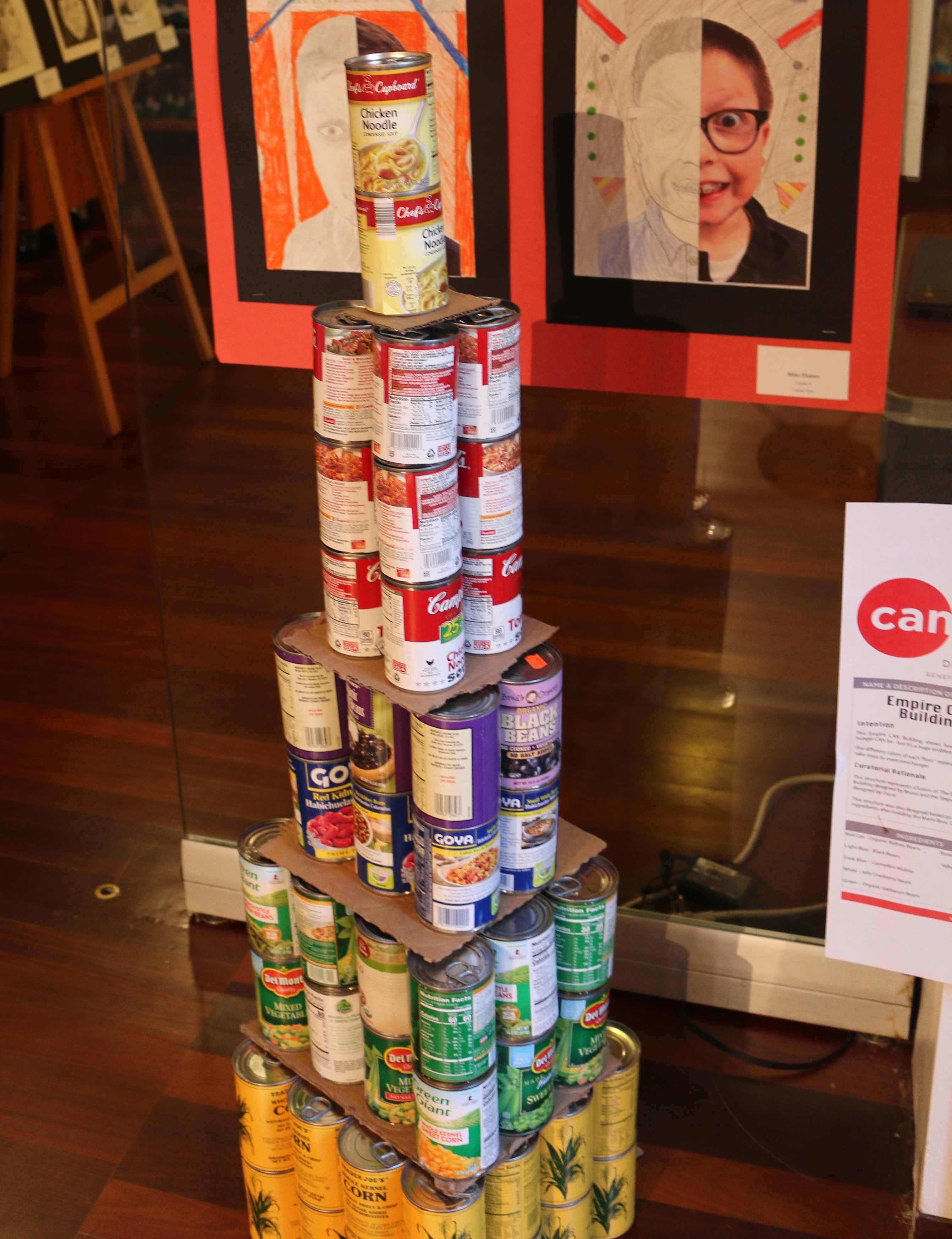 Once the Exhibition was over, the cans were donated to the New York Common Pantry, along with the rest of the food our community collected before Thanksgiving. The entire creative experience brought interdisciplinary learning to life, fusing math, art, architecture, physics, engineering, and community service designed to have an impact.

With passion and purpose, our students showed that working together we really CAN do anything!