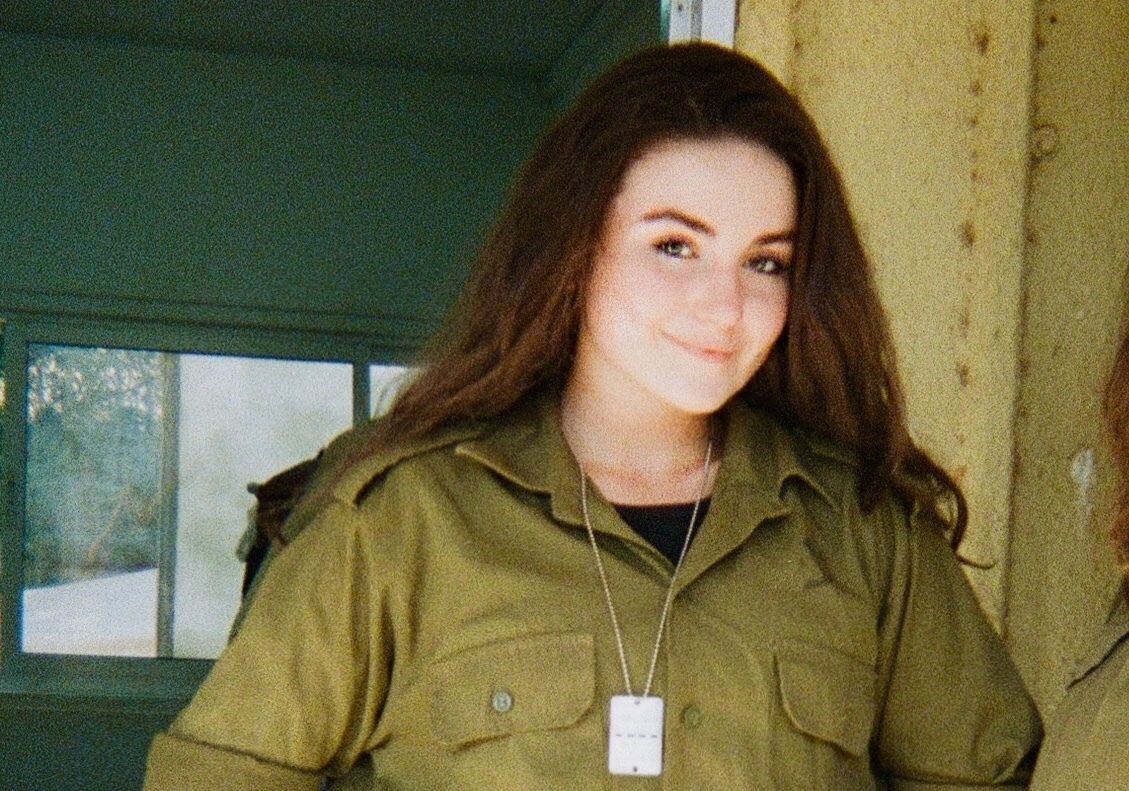 When Fiona Casson '19 came to Dwight last year and met Chancellor Spahn, he inquired about her topic for the Extended Essay — the two-year research and writing project, which is a hallmark of the IB Diploma Program.

She had selected India’s role in WWII, inspired by her grandfather, a Brit who lived in Calcutta and served in Burma and Myanmar for the British Indian Army during the war.

Fiona knew that India fought for the Allies, played a role in defeating Japan, and provided manufacturing support for the British, hoping for independence in exchange for service. Yet she hadn’t learned about this in history class nor read about it in textbooks and Fiona wanted to fill in some gaps.

Hearing of her interest, the Chancellor drew a parallel between India and Israel in the 1940s: each had military service deeply intertwined with civilian life in a quest for sovereignty from the British Empire. As the military remains integral to everyday life for Israelis, he believed Fiona could gain deeper insight into her topic by learning about the Israeli model first-hand through a summer program called the Friends of Israel Scouts. Providing teens ages 16-18 with a behind-the-scenes look at the army and its history, the program includes a week of training by the Israeli Defense Forces.

Fiona had never been to Israel — and never imagined being in a military environment — yet was keen to go outside her comfort zone and signed on, following another Dwight student, Emma Moinian ’18, who participated in the program one year earlier.

Going outside her comfort zone is not new for Fiona. She came to Dwight in eleventh grade after attending 17 different schools. Her family had crisscrossed their native England and the U.S., thanks to corporate relocations, so Fiona was well-versed in tackling new situations and thriving. In fact, her spark of genius is adaptability!

The Israeli program proved to be the greatest test of Fiona’s adaptability to date and she passed with flying colors! After three weeks of travel to learn about the culture and how the State of Israel was founded, she and fellow participants landed at the Tzalmon Army Base, not far from both the Lebanese and Syrian borders. They rose at five am for intense physical training followed by hours of mock field exercises — all in Hebrew. Fiona, who didn’t speak a word, picked things up by observing hand signals.

While not a boot camp, the training required participants to give up electronic devices, wear uniforms, and sleep in barracks or outdoors on a mission. They practiced battle maneuvers and ambushes; and learned how to clean, assemble, and aim arms. The days were long, physically demanding, and defined by discipline.

“While the program was rigorous, I reached a new level of adaptability and gained greater self-discipline, which I can apply in both school and life,” reports Fiona. “Also, I learned so much about Israeli culture and politics, and now I have a better understanding of the Israeli-Palestinian conflict.”

As the Chancellor anticipated, Fiona saw how everyone from a young age takes collective responsibility for maintaining Israel’s safety and independence, and how military service is part and parcel of everyday life. She felt the deep level of commitment and shared sense of purpose. And she found it striking how Israelis “take on this profound responsibility with great resilience and humor in the face of so much violence. Teenagers like myself pursue their own aspirations with an outlook that you have to get on with life no matter what else is raining down on you.”

Upon returning to school this fall, Fiona thanked Chancellor Spahn for recommending the program, which will have a lasting impact on her well beyond the Extended Essay. Planning to major in English and international relations in college, Fiona envisions the possibility of a career in diplomacy where an understanding of military operations will prove invaluable. The world could certainly use more peacekeepers — and with Fiona in the diplomatic corps, the future will look brighter for all!