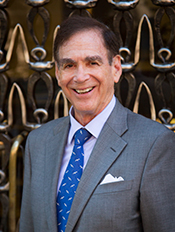 Celebrating 50 years in education, Chancellor of Dwight School Stephen Spahn is the longest-serving school leader in New York City. He has been at Dwight since 1967, igniting the spark of genius in every child, mentoring generations of students, and educating them to become innovative global leaders. In recognition of his outstanding commitment to youth and leadership in the field of education, Chancellor Spahn received the prestigious Louis Hine Award for Distinguished Service in 2011. In addition, he and Dwight received a 2013 Blackboard Award with a Special Citation for Community and Citizenship, in recognition of the innovative East Harlem community partnership Chancellor Spahn forged with the 1199 Housing Corporation to create the Dwight School Athletic Center.

Chancellor Spahn was one of the founders of the Anglo-American International School, which joined forces with Dwight School in 1993. A pioneer in international education, he was a founding member of the Guild of International Baccalaureate Schools of the Northeast, served on the International Baccalaureate Board of Governors, and established Dwight’s first campus abroad in London in 1972. Today, as Chancellor of The Dwight Schools, he spearheads the education of over 2,000 students through a global network of IB World Schools in New York, London, Seoul, Shanghai, and Dubai.

Under Chancellor Spahn’s leadership, Dwight became the first school in the Americas to offer all four IB programs for students from preschool-grade 12; and was selected from nearly 3,700 IB World Schools as one of six original Open World Schools to pilot IB courses online. Today, through Dwight Global Online School, our campus in the cloud, Dwight offers the same personalized educational journey to students around the world. Also under Chancellor Spahn's leadership, Dwight launched Spark Tank, an incubator designed to nurture entrepreneurial, innovation, and leadership skills in students K-12.

As an undergraduate at Dartmouth College, Chancellor Spahn was an All-American basketball player, member of Phi Beta Kappa, a Senior Fellow, and an intern at the United Nations under a 1926 Public Service Fellowship. After graduating with a Bachelor of Arts degree, he attended Wadham College, Oxford University; and later completed coursework for a PhD at Columbia University, where he was an International Fellow and a Woodrow Wilson Scholar. 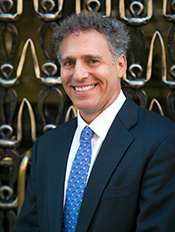 As Vice Chancellor, Blake Spahn ’89 has oversight of all Dwight School operations, extending across the Main Campus, Riverside Campus, and the Dwight School Athletic Center. His strategic oversight ensures the efficient and effective management of all facilities, systems, and staff in support of Dwight's innovative world-class programs.

Dr. Spahn received his BA and MBA degrees from Columbia University, where he was Captain of their undefeated Men’s Tennis Ivy League championship team. He then went on to obtain Masters and Doctorate degrees in Comparative International Education from Oxford. Author of America and the International Baccalaureate, Dr. Spahn has taught English and philosophy in classrooms in the U.S., U.K., and Japan. In addition to founding Dwight’s Early Childhood Division, he has had oversight of our London campus for the past 20 years.

In 2000, Dr. Spahn co-founded BOOST (Building Opportunities on Student Talent), a non-profit designed to advance prospects for university students in Southern Africa, enabling them to contribute to their own countries’ development. Dr. Spahn was also able to enhance his global vision as a Term Member at the Council on Foreign Relations, to which he was elected in 2005. He is very excited to have his wife, Maryll (Director of Admissions, K-6th), and children, Kyra ’23 and Ronin ’26, join him at Dwight.

Dr. Spahn was named a 2017 Distinguished Leader in Education at the 15th annual Education Update Outstanding Educators of the Year Awards Program. 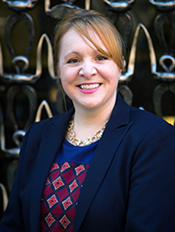 A native of Melbourne, Australia, Ms. Drew is an internationally recognized educator with over 28 years of experience in administration, teaching, curriculum development, and educational consulting in both public and private schools in Australia, Asia, and the U.S. She earned a Bachelor of Arts degree and a Post-Graduate Diploma of Education from Australia’s Monash University, and a Masters degree in Educational Leadership and Management from Bath University.

In combination with her New York Head of School role, Ms. Drew serves as Dwight's Global Academic Director supporting the academic needs of all the schools in the Dwight network (Shanghai, Seoul, London, Dubai, and Dwight Global Online School).

In 2015, Ms. Drew was elected as a member of the prestigious International Baccalaureate Global Heads Council, serving in a strategic leadership capacity and advising the Director-General of the IB, Siva Kumari, on important IB issues impacting students today. She was voted into the position of Chair of the Heads Council in 2019, and therefore, holds a Board member position on the IB Board of Governors as well.

Ms. Drew is an accomplished IB workshop leader, site evaluator, and consultant for the IB. For five years, she served as Vice President for the Guild of IB Schools of the Northeast (MYP), which is comprised of over 100 public, private, and parochial schools. Ms. Drew is passionate about promoting faculty professional development to ignite the spark of genius in every teacher; and fosters enriching cross-campus curricular collaborations among The Dwight Schools to benefit all Dwight students.