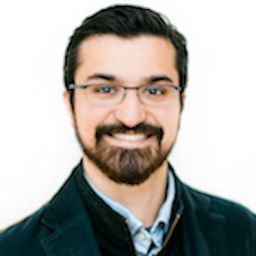 The International Baccalaureate has featured Dan Maren '11 in its series profiling outstanding Diploma Program graduates around the world! The timing couldn't be more perfect, as Dan was on campus this week to share his entrepreneurial experience and insights with students in a Dwight Spark Lunch!

Dan is the Co-founder and Strategy Lead at Hypernet. He also founded Dragonfly Systems, a solar electronics company, which was acquired by Sunpower Corporation in 2014. Earlier that the same year, Dan was selected for the prestigious Forbes "30 Under 30" list of the brightest young stars in the energy category for his work at Dragonfly to make solar panel systems less expensive while also more efficient and reliable.

Daniel Maren completed his IB diploma at Dwight School, New York, USA. Daniel brings entrepreneurial acumen to his work as a co-founder of Hypernet, which introduces a new protocol for distributed and privacy preserving computations. Before deploying his computer science and business background as a member of the Hypernet team, Daniel founded a solar electronics company, Dragonfly Systems, which was acquired by Sunpower Corporation in 2014. His expertise in business development and finance earned him a place on the Forbes "30 Under 30" list. Daniel is originally from Indonesia and studied computer science at Stanford University, California, USA. In his free time, he enjoys dancing the Lindy Hop.

Why did you originally decide to pursue an IB diploma?
My sister pursued the IB diploma, and she is one of my greatest heroes. She told me about the global nature of it, the projects, the skills she developed, the training in critical analysis, and, more generally, the way in which it taught her how to think. I said, "This is for me, too!"

Which of your IB teachers inspired you most?
Mr. Barry Gragg was my most inspiring IB teacher. The first principles I learned in his physics class have served as the backbone of my career in tech. I was also inspired by the way he chose to live life outside the box, not following the beaten path, both in teaching and his personal life. It was clear that he had a deep love for empowering people who cared to learn. The training I received in physics served as the launching pad for many of my later technological explorations.

It is also difficult to mention an inspiring teacher without mentioning Mr. Stephen Spahn, the Chancellor of my school (Dwight School, New York, USA). Although he did not teach me any lessons inside a formal classroom, he provided key tuition in how to apply IB lessons to the real world.

"The training I received in physics served as the launching pad for many of my later technological explorations."

Tell us about how you reached where you are today and pose a challenge question for current students.
I have tremendous respect for education and educators, and at the same time, I always made sure that I was directing my education, according to my intellectual curiosity and the projects I chose to pursue outside of the classroom. This is still true today with regard to the work I continue to carry out as a co-founder of Hypernet.

In a world where data is king and yet there remain many questions about data privacy and data security, I would challenge future IB students to transcend the clear tension between a company's provision of useful services to consumers and the company's obligation to protect its users personal information, perhaps by reconceptualizing the issue entirely from an economic, political, technological, social, or some other perspective.