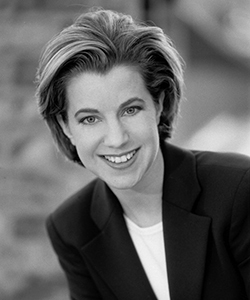 Meet Trish. She obsesses over her best friend's wedding and dramatic weight loss. Then there's Robin, who wants revenge after a lifetime of abuse at the hands of her older sister. Anne is single, lonely, and suffering from obsessive-compulsive disorder. Drug-addicted rock star Louise needs to dry out. Southerner-turned-wannabe Manhattanite, Franny, is envious of her neighbors' lives. Sheila wants to punish her boyfriend for returning to his wife. Ellen so desperately wants children that she insists she's pregnant to her disbelieving husband. And Morgan, a manager at the swanky Four Seasons in Manhattan, who's haunted by the memory of her dead sister, is the thread that weaves these women together. These are the eight characters who grapple with family, sex, power, love and death, and inhabit Alix Strauss' second novel, Based Upon Availability, due out in June by Harper Collins.

"At some point the hotel houses each of these women, either for an hour or for several days, offering sanctuary to some, solace, even despair, to others," says Strauss, who graduated from Dwight in 1987. "Hotels are sexy and offer a strange kind of anonymity and a retreat from real life. I love the idea that you can be anyone from anywhere and that once you're gone, the rooms are stripped down, wiped clean and all traces of you are erased, as if you'd never been there. It was an intriguing concept to play with." In her new novel, Strauss asks and answers the age-old question, "What happens behind closed doors?" while examining the walls we put up as we attempt intimacy and inspecting the ruins when they're knocked down.

A trend journalist and TV personality, Strauss released her third publication, Death Becomes Them: Unearthing the Suicides of the Brilliant, the Famous, and the Notorious, also by Harper Collins, last September. "Clearly I'm a little on the dark side, but we shouldn't confuse dark with honest – which is what often happens when you write about pop-culture and veer on the non-traditional, but still commercial, side of writing," she shared, sitting in her Upper East Side apartment. Along with being an historic overview of self-killing, Death Becomes Them is an eye-opening and intimate portrait of twenty of the most influential and cultural suicides: Sylvia Plath, Diane Arbus, Sigmund Freud, Vincent van Gogh, Virginia Woolf, Kurt Cobain, Spalding Gray, and Anne Sexton, among others. "I'm fascinated by human behavior and the devil in the details," Strauss explained. "So this work was incredibly captivating, as I dove into the methodology, pathology, and the incidents that led up to the moment when these luminaries took their last breath."

Has Strauss always wanted to be a writer? Given her successes, the answer to this is surprising. While at Dwight, being a professional writer was the farthest thought from her mind. Having spent much of her teens auditioning for commercials and TV projects, her career goals were set on acting. "I really didn't enjoy reading, let alone writing," she shared. "Now I do both for a living. Go figure!"

Strauss has been a journalist for over a decade. Her articles, which have appeared in The New York Times, New York Post, Time Magazine, Entertainment Weekly, Self, and Esquire, among others, cover a range of topics from trends in beauty, travel, and food to celebrity interviews. In 2003, she penned the award winning collection, The Joy of Funerals and in 2008 edited Have I Got a Guy for You, an anthology of mother-coordinated dating horror stories.

A writing chameleon of sorts, Strauss is extremely excited about her new novel. "It's been seven years since The Joy of Funerals was released, so I'm really looking forward to celebrating my return to fiction. Publishing a book is beyond satisfying. It's tangible proof of your work and your existence." For more information, please visit her website: www.alixstrauss.com.