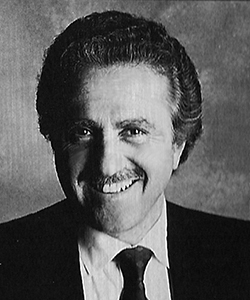 Dr. Steve Pieczenik, Franklin '60 is a critically acclaimed author of psycho-political thrillers and the co-creator of The New York Times best-selling "Tom Clancy's Op-Center" and "Tom Clancy's Net Force" book and television mini-series. He is also one of the world's most experienced international crisis managers and hostage negotiators. His novels are based on his twenty years experience in resolving international crises for four U.S. administrations.

Dr. Pieczenik trained in Psychiatry at Harvard and has both an MD from Cornell University Medical College and a PhD in International Relations from M.I.T. He was the first psychiatrist ever to receive a PhD focusing on international relations. He served as a Deputy Assistant Secretary of State and/or Senior Policy Planner under Secretaries Henry Kissinger, Cyrus Vance, George Schultz, and James Baker.

During his career as a senior State Department official, Dr. Pieczenik utilized his unique abilities and expertise to develop strategies and tactics that were instrumental in resolving major conflicts in Asia, the Middle East, Latin America, Europe, and the United States. Dr. Pieczenik was the principal International Crisis Manager and Hostage Negotiator under Secretaries Kissinger and Vance. During this time, he developed conflict resolutiontechniques that were instrumental in saving over five hundred hostages in different terrorist episodes, including the Hanafi Moslem Seizure in Washington, DC, the TWA Croatian Hijacking, the Aldo Moro Kidnapping, the JRA Hijacking, the PLO Hijacking, and many other incidents involving terrorists such as Idi Amin, Muammar Quaddafi, Carlos, FARC, Abu Nidal, and Saddam Hussein.

Dr. Pieczenik helped develop negotiation strategies for major U.S. Soviet arms control summits under the Reagan administration. He was also involved in advising senior officials on important psycho-political dynamics and conflict mediation strategies for President Carter's successful Camp David Peace Conference. In 1991, Dr. Pieczenik was a chief architect of the Cambodian Peace Conference in Paris. He is currently an advisor to the Department of Defense.

Dr. Pieczenik, now a serial entrepreneur or "angel investor," has started several successful companies, employing his methodologies in various industries, including investment banking, publishing, and television/film. He twice won the prestigious Harry C. Solomon Award for outstanding research in psychiatry at Harvard Medical College, received a National Institute of Mental Health (NIMH) five-year fellowship award, and was Director of International Activities at the NIMH. He is a board-certified psychiatrist and was a board examiner in psychiatry and neurology. He is chairman of the board of NBI (Nutritional Biochemistry Inc.), his latest and presently most exciting venture, where he and his partner have developed natural products for the prevention of osteoporosis and the treatment of Dementia, shifting the paradigm of medicine away from symptoms to prevention and causes.

All of this, he claims, would not have been possible without his English teacher at Franklin, Ms. Youman, "a petite woman with a clear sense of graceful authority and a keen sense of grammar." Born in Cuba and rasied in Touldouse, France, Dr. Pieczenik moved to the States in the late 1950's. Even though English was not his first language, he dreamed of being a novelist much like Joseph Conrad, who also did not speak English. Ms. Youman carefully nurtured that dream. "I learned not only the grammar of English but, more importantly, she taught me how to write succinctly and precisely, sparing neither a word nor a comma. She was a benign disciplinarian. I still remember the time when I wrote a short story for her during my senior year, and she said nothing but simply cried. Those tears of joy (realizing her amazing accomplishment in having granted this recent immigrant the gift of language and panache for literary style) spurred me on to win the Regents Scholarship and eventually attend Cornell University, where it all began."