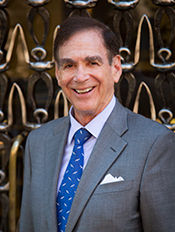 Celebrating a milestone 50 years in education in 2017, Chancellor of Dwight School, Stephen Spahn, is the longest-serving school leader in New York City. His vision of taking Dwight's mission of igniting the spark of genius in every child from inside the classroom to the Dwight Global Online School is transforming the educational landscape. It marks the latest in a long line of pioneering developments inspired by Chancellor Spahn's passion for personalized learning, which have cemented Dwight as one of the world's premier pre-K-12 educational institutions.

Chancellor Spahn has been at Dwight since 1967, igniting the spark of genius in every child, mentoring generations of students, and educating them to become innovative global leaders. In recognition of his outstanding commitment to youth and leadership in the field of education, Chancellor Spahn received the prestigious Louis Hine Award for Distinguished Service in 2011. In addition, he and Dwight received a 2013 Blackboard Award with a Special Citation for Community and Citizenship, in recognition of the innovative East Harlem community partnership Chancellor Spahn forged with the 1199 Housing Corporation to create the Dwight School Athletic Center.

Chancellor Spahn was one of the founders of the Anglo-American International School, which joined forces with Dwight School in 1993. A pioneer in international education, he was a founding member of the Guild of International Baccalaureate Schools of the Northeast, served on the International Baccalaureate Board of Governors, and established Dwight's first campus abroad in London in 1972. Today, as Chancellor of The Dwight Schools, he spearheads the education of over 2,000 students through a global network of IB World Schools in New York, London, Seoul, Shanghai, and online.

Under Chancellor Spahn's leadership, Dwight became the first school in the Americas to offer all four IB programs for students from preschool-grade 12; and was selected from nearly 3,700 IB World Schools as one of six original Open World Schools to pilot IB courses online.

As an undergraduate at Dartmouth College, Chancellor Spahn was an All-American basketball player, member of Phi Beta Kappa, a Senior Fellow, and an intern at the United Nations under a 1926 Public Service Fellowship. After graduating with a Bachelor of Arts degree, he attended Wadham College, Oxford University; and later completed coursework for a PhD at Columbia University, where he was an International Fellow and a Woodrow Wilson Scholar. 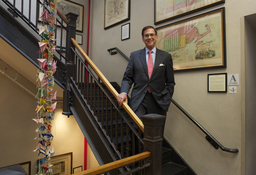 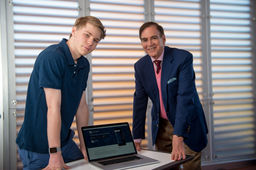