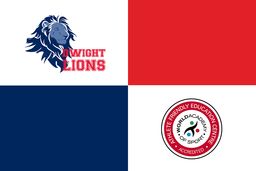 In a pilot project with the IB, the World Academy of Sport (WAoS) is working with schools around the world to help scholar-athletes balance their commitments to their sport and to their education. Due to the rigors of training and competitions, many young athletes have difficulty finding a school that offers them the flexibility they need to maintain high achievement in both athletics and academics. In working with the IB, the WAoS aims to address this problem institutionally and forge a better academic support system for student-athletes across the globe. IB World Schools that are AFEC-accredited are able to offer student-athletes an extended period in which to complete the rigorous IB Diploma Program.

Here at Dwight, we are dedicated to customizing a personalized journey for every student based on individual interests and passions, including athletics. Our campus in the cloud, Dwight Global Online School, extends Dwight's world-class private school experience to students in grades 7-12 everywhere, allowing elite athletes the time and flexibility needed to train and succeed without compromising their academics. Recent Dwight Global graduate Karl Poling '18 says, "Traveling, practicing, and competing as an international tennis player can be very hectic. Dwight's online program is important to me because it provides flexibility so I can travel and compete at the highest level." After being recruited by many top colleges and universities, Karl chose to play tennis at Princeton, a Division I university. His sister Lilian Poling '16, also a Dwight Global graduate, chose to play tennis at Division I Boise State.

Dwight's commitment to stoking scholar-athletes' sparks has long been embedded in the fabric of the School. From the earliest days in our history, students with "D" emblazoned on their chests made newspaper headlines with record-breaking victories over local rivals. These same students were destined to go on to Ivy League and other top colleges, illustrating how excelling in the classroom and on the playing field can go hand-in-hand.

The scholar-athlete tradition is also deeply rooted in the Spahn family, beginning with Dr. M.C. Spahn, who served as Headmaster of Franklin School for 25 years. Dr. Spahn took the helm of Franklin, which later joined forces with Dwight, following a career as a professional basketball player. After graduating as an All-American from CCNY, he turned pro and became the fifth all-time leading scorer in the history of the American Basketball League. Upon retiring from the game, he went on to earn a PhD in Education. While headmaster, everyone called Dr. Spahn "Coach," reflecting his role as mentor on and off the court.

Dr. Spahn's son, Dwight School Chancellor Stephen Spahn, was encouraged from a young age to succeed equally in academic and athletic pursuits. He followed in his father's footsteps, becoming an All-American basketball player at Dartmouth College, where he established several scoring records. Along with accolades came the belief that the passionate pursuit of excellence requires more than talent, but also hard work, dedication, persistence — and the support of great coaches.

Chancellor Spahn has always fostered Dwight's scholar-athlete tradition and some of our students and graduates have gone on to pursue their athletic passions at national and world championship levels. Included among them are Olympians — most recently, Race Imboden '11, who won a Bronze medal in the Men's Foil team event at the Rio Games in 2016.

As an AFEC accredited school, Dwight joins with 21 other IB World Schools to form the IB Sports Pilot Project. We look forward to sharing Dwight's spark with the global scholar-athlete community!