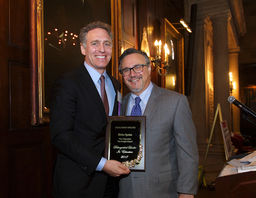 Decision-makers and influencers in the world of education gathered at the Harvard Club recently for the 15th Annual Education Update Outstanding Educators of the Year Awards Program. Among them was Dwight's Vice Chancellor Blake Spahn, who was named a 2017 Distinguished Leader in Education.

The event honored seven leaders in New York City who have dedicated their careers to education, along with twice as many outstanding teachers and administrators who excel in enriching the lives of children in classrooms around the city every day.

"It was an honor to be recognized by a community that shares my commitment to excellence and advancement in education," said Dr. Spahn '89. "It's also a privilege for me to serve as Dwight's Vice Chancellor, alongside my father, whose 50-year devotion to igniting the spark of genius in every child has inspired me from my earliest days as a Dwight student and continues to this day."

After graduating from Dwight, Dr. Spahn received his BA and MBA degrees from Columbia University, followed by Masters and Doctorate degrees in Comparative International Education from Oxford. In addition to founding Dwight's preschool and kindergarten on our Riverside Campus, he has had oversight of Dwight's London's campus for the past 20 years. As Vice Chancellor, Dr. Spahn's leadership role extends across our three campuses here in New York, around the world through Dwight's global network of schools, and into the cloud with the Dwight Global Online School. 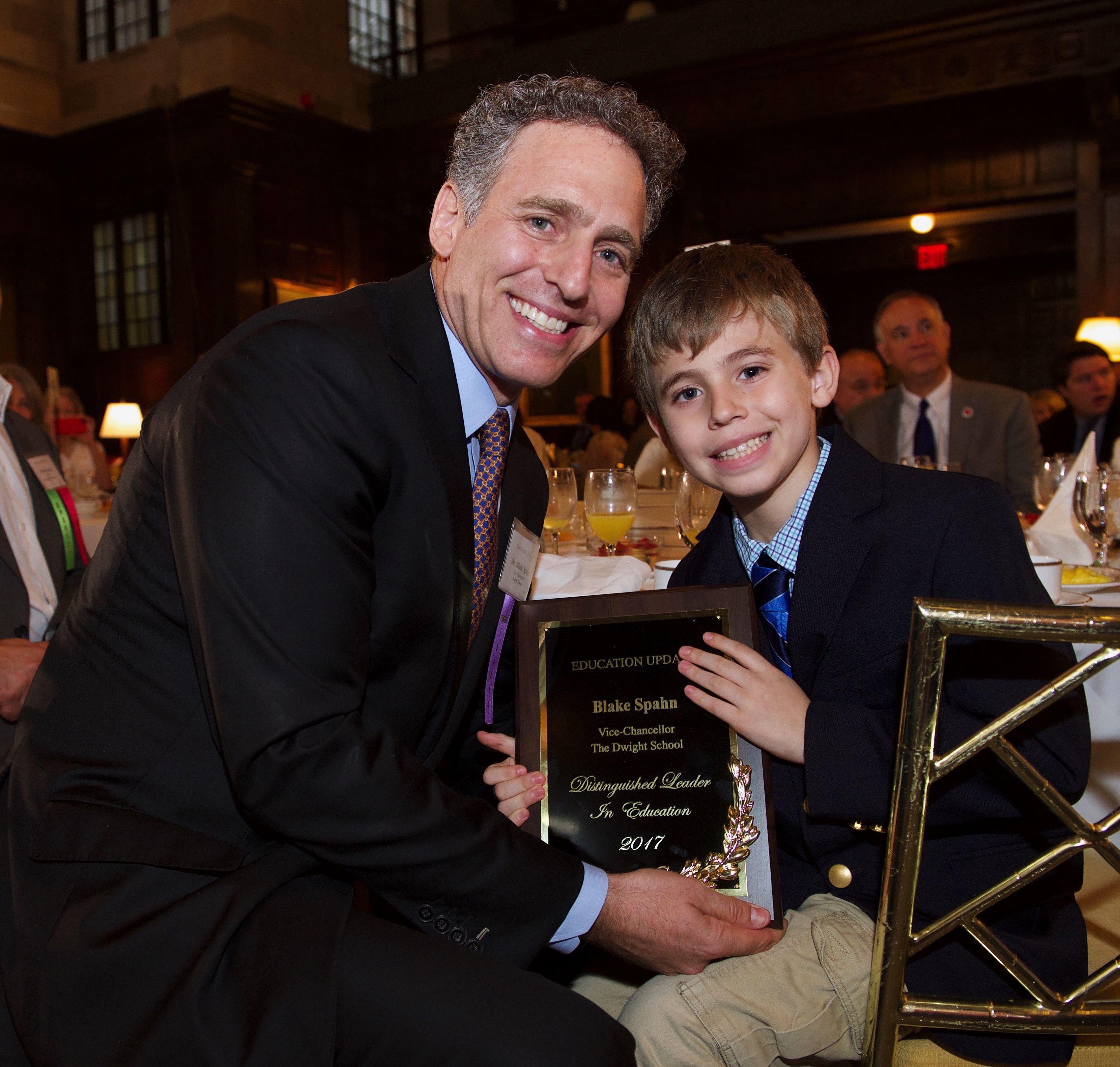 Dr. Spahn and his son, Ronin '26, at the awards ceremony